The EU Commission has unveiled plans for a eurozone bank deposit insurance fund to become the third pillar of its much-vaunted banking union. Germany and Austria, however, are resisting the proposal. 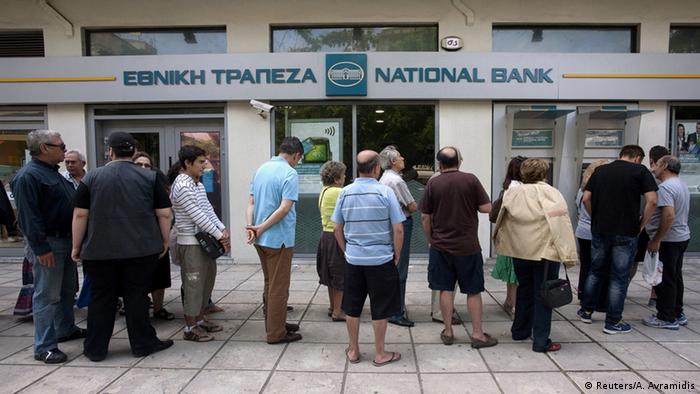 On Tuesday in Brussels, European Commission vice-president Valdis Dombrovskis formally proposed a common European Deposit Insurance Scheme (EDIS), which would protect depositors in banks throughout the eurozone in case of bank failures. The scheme would protect savings deposits up to 100,000 euros ($106,480) per depositor.

"Completing the banking union is essential for a resilient and prosperous economic and monetary union," said Dombrovskis, whose official title is European Commission Vice President for the Euro and Social Dialogue. "The Commission's proposal for a European Deposit Insurance Scheme builds on national deposit insurance schemes and would be accessible only on the condition that commonly agreed rules have been fully implemented."

Dombrovskis added that it was necessary to take further measures to reduce risks in the banking system, in parallel with setting up EDIS. The link between the balance sheets of banks and governments must be weakened, as well, so that the solvency of banks is not automatically threatened when sovereigns approach bankruptcy, or vice versa - a problem that has plagued Greece.

"Taxpayers should not be first in line to pay for failing banks," Domvrovskis said.

Over the past few years, the eurozone has already introduced two of three key pillars of a European banking union: A single supervisor for all major eurozone banks, the "Single Supervisory Mechanism" (SSM) to serve as a watchdog over banks, and a "Single Resolution Mechanism" (SRM), tasked with wrapping up banks that fail.

The European Central Bank (ECB) was tasked with managing both the SSM, which took effect in November 2014, and SRM, which will take effect in January 2016. Under the Commission's proposal, the unit of the ECB that administers SRM, the Single Resolution Board (SRB), would also be in charge of EDIS. The head of SRB is a German official, Elke König, who previously was head of BaFin, Germany's banking supervisor.

"Now we need to take steps towards a single deposit guarantee scheme. As we do so, step by step, we need to make sure that risk reduction goes hand in hand with risk-sharing," said Jonathan, Baron Hill of Oareford, EU Commissioner for Financial Stability, Financial Services and the Capital Markets Union.

The eurzone crisis had "revealed the weaknesses in the overall architecture of the single currency," Lord Hill said. It was necessary to continue to progressively fix the problems, fill in missing institutional architecture, and complete the eurozone banking union, whilst including strong safeguards against 'moral hazard' and inappropriate use of a common eurozone deposit scheme.

The Commission envisions a step-by-step process that develops over nearly a decade, in three stages. In a first stage, the system would provide re-insurance for existing national savings deposit guarantee schemes.

At the end of three years, bank deposits would be co-insured partly by national deposit guarantee schemes and partly by EDIS, with the EDIS contribution increasing over time. In the third and final stage, starting in 2024, all bank deposits in the eurozone would be insured only by EDIS - subject to the limitation that only national banking systems that comply with common eurozone rules on risk management will qualify for EDIS.

The tone of caution, the many reassurances and references to prudence and risk avoidance in the statements released by Dombrovskis and Lord Hill are probably motivated in part by an awareness in Brussels that the Germans and Austrians, among others, are not particularly keen on EDIS.

"I am rather skeptical," said Austrian finance minister Hans-Jörg Schelling on Monday, on the margins of a eurozone finance ministers' meeting in Brussels. "It is at this moment not the right path. It first has to be ensured that banks remove risks."

The Austrians and Germans suspect that in some eurozone countries, vast quantities of unrepayable debt continue to clutter the balance sheets of banks - bad debts which, if recognized, would mean admitting those banks were actually insolvent.

Moreover, 15 of 28 EU member nations don't even have a national deposit guarantee scheme yet., despite a 2014 EU resolution requiring all member states to set one up. 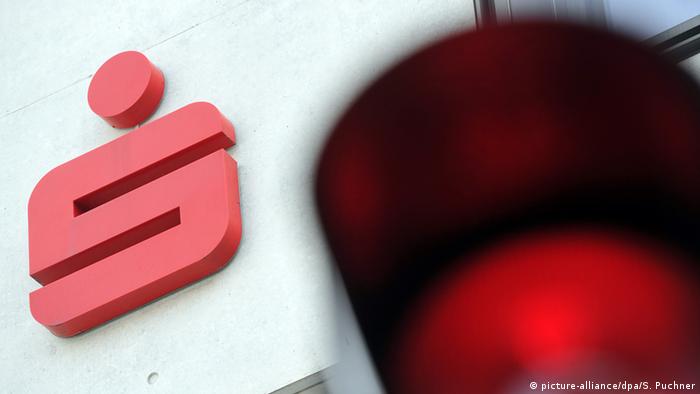 German savings and cooperative banks have built up a considerable cushion in deposit insurance savings over the years, and are not at all keen to put at risk the accumulated savings by pooling them into a eurozone-wide deposit insurance scheme that includes banks of questionable solvency in economically unstable eurozone countries.

The conservative Sparkassen and Genossenschaftsbanken, or savings banks and cooperative banks, provide the bulk of lending to German Mittelstand businesses (small and medium enterprises) and households. These regional lenders, owned by regional governments or by members, have their own deposit insurance scheme, separate from that of the big private banks.

German finance minister Wolfgang Schäuble worries that the EU Commission was setting up "wrong priorities and incentives" with its push for EDIS, because dodgy bankers in fragile economies would in effect be able to take risks with deposit insurance money ultimately paid in by savers in economically sound countries.

France, on the other hand, supports the European Commission's EDIS initiative. "France is in favor of a very strong common deposit insurance... We will have to find a modus vivendi," French finance minister Michel Sapin said on Monday.

The proposal to establish EDIS still has to be approved by EU member states and the European Parliament before it can come into effect. Experts expect the proposal will have to go through further iteration and improvement to take into account Germany's concerns: The initiative is unlikely to be jammed through the European Council over the objections of its wealthiest and most influential member state.