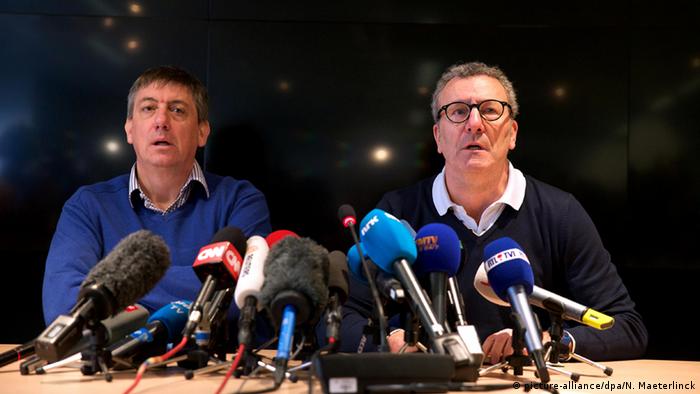 Belgian Interior Minister Jan Jambon on Saturday urged people to refrain from participating in Sunday's planned "March Against Fear" rally, citing the current threat level, limited "police capacity" and the need to prioritize the investigation into the bombings, according to Belga news agency.

A man arrested in connection with the deadly Brussels attacks is facing terrorism charges, prosecutors say. Eleven suspects have been arrested in Belgium and Germany since the attacks.

"Let us allow the security services to do their work and that the march - which we, too, want to take part in - be delayed for several weeks," the mayor told reporters.

Following the press briefing, the rally's organizers announced the event's cancellation in a statement.

"The security of our citizens is an absolute priority," the organizers said.

"Consequently, we completely join the authorities in their proposal to postpone to a later date. We thus ask citizens not to come this Sunday to Brussels," the statement added.

The announcement comes as Belgium and other European countries ramp up security across the continent in the wake of Tuesday's attacks.

Belgian prosecutors charged three men on Saturday for involvement in a terrorist group. One of the men is believed to have participated in the planning of Tuesday's attacks, which were claimed by the self-styled "Islamic State" militant group.

In Germany, police arrested two men with suspected links to the suicide bombers in the Belgian capital last week.

Samir E., one of the suspects arrested during a raid in Düsseldorf, was reportedly deported from Turkey in mid-2015 with Ibrahim El Bakraoui, who is suspected of involvement in the attack at the Brussels airport, according to German news magazine "Der Spiegel."

Following the attacks, interior and justice ministers from EU member states called for increased intelligence sharing across the bloc to prevent a repeat of the attacks in Brussels and last November's attacks in Paris.

Just hours after his arrest, a 25-year-old man broke a toilet in a jail in Brussels and escaped through a hole in the wall, according to the police.

Verdict in Paris terror trial: A further step in the healing process 28.06.2022

A court case on the November 2015 terror attacks in Paris is coming to an end. The verdict could be an important step for the survivors — and for France.