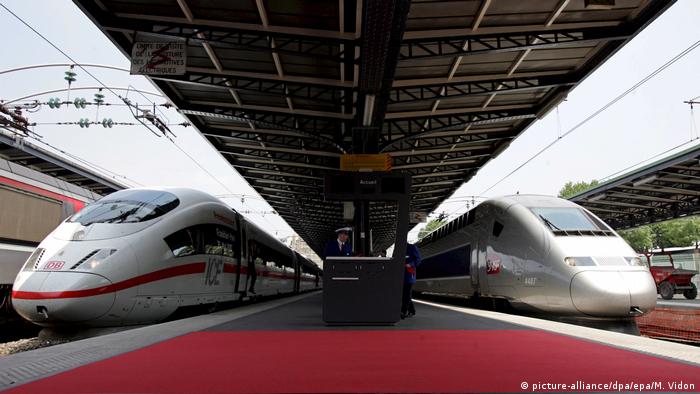 "Is it really a good idea that we don't allow the creation of a European global champion?" Soren Skou, the chief executive of global shipping giant Maersk, recently asked rhetorically in an interview with Danish business daily Finans, and provided the answer himself: "In doing so, we risk being outperformed by a Chinese company, over which the EU has no influence."

Meanwhile, a growing band of critics of current EU antitrust policies seems to agree with the CEO, in particular after the tacit acceptance in European capitals that Huawei's advance into Europe appears unavoidable.

The current EU state aid rules are meant to prevent national governments helping favored domestic firms with tax breaks or subsidies. But after EU antitrust authorities' decision to block several large mergers in 2019, most notably between train makersAlstom from France and Germany's Siemens— a move which prompted Germany and France to call for a reform of  EU competition policy — there has been a debate within Europe about how competition policies could be improved.

But mergers expert Thomas Vinje from Clifford Chance in Brussels says he didn't have a problem with the European Commission's approach to merger regulations, in particular, the aborted Siemens-Alstom tie-up.

"Decisions have generally been properly based on existing mergers regulations," he told DW, just to go on that, "crucially, a reform is likely to happen."

At the time when the EU Commission announced it would block the Siemens-Alstom merger, Competition Commissioner Margrethe Vestager said she was acting to protect competition in the European railway industry. She also dismissed the two company's argument of "merging to compete" with their bigger Chinese state-owned rival CRRC on the European market.

After the decision, a European Commission spokeswoman told Reuters that EU policy had "not impeded the creation of European champions," noting how the commission has cleared numerous large mergers that created European champions or allowed them to grow. She named the takeover of German carmaker Opel by France's Peugeot and InBev's acquisition of SABMiller in the beverage industry.

According to figures provided by the EU's Directorate-General for Competition, regulators in Brussels have blocked only nine out of over 3,000 merger cases scrutinized over the past 10 years.

Nevertheless, with Europe's biggest economies, Germany and France, in the forefront of those pushing reforms, Vinje believes there will be changes to the existing regulations and that they could go in two different directions. The first, and most likely, is a moderate approach which includes an easing of existing EU law and giving more regulatory leeway for mergers.

The other option he deems possible is a change of law giving the Council of Ministers a unanimous vote in the merger oversight process, meaning individual EU governments would be given a greater say in the EU executive's decisions. "But I am somewhat skeptical about this," Vinje says.

But perhaps a greater obstacle comes from the tendency of national governments to protect their own national champions and keep European rivals away from strategic sectors. France offers a good example of this.

In May 2019, Italian-American carmaker Fiat Chrysler Automobiles (FCA) proposed a $33 billion (€29 billion) merger with French carmaker, Renault, whose partnership with Nissan would have granted FCA access to Asian markets, while the American presence on FCA's board could have shielded the French firm from car tariffs threatened by US President Donald Trump.

The new group would have been the third-biggest player in the automotive industry. But the French government, which holds a 15% stake in Renault, drew red lines around job guarantees and headquarters.

In another case, French President Macron promoted the temporary nationalization of shipyard STX in 2017 to prevent a takeover by Europe's biggest shipbuilder, Fincantieri from Italy.

Change in the air

But the Franco-German momentum for reform is not as strong as it may seem, with half-hearted enthusiasm in Germany. German Chancellor Angela Merkel has publicly expressed her support for Le Maire's proposal, saying reform is necessary to counter China's rising economic power. But her Christian Democratic Union (CDU) is split on the issue.

In Brussels, however, the conservative EPP alliance, of which Merkel's CDU is a key member, appears to be driving a more ambitious EU industrial policy, which includes creating the behemoths needed to stay in the global race.