Belgium's federal prosecutor has said the man behind a bombing at Brussels Central Station may have supported the so-called "Islamic State." Investigators also found materials used to make explosives in the man's home. 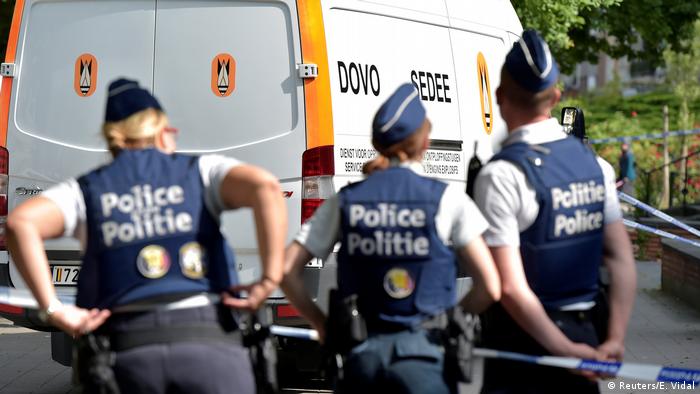 The 36-year-old Moroccan national, identified only as O.Z., was shot dead by a soldier at Brussels Central Station on Tuesday evening after trying to detonate a nail bomb.

"The preliminary results of the search carried out in the residence of the suspect O.Z. in Sint-Jans-Molenbeek, showed that he probably made the bomb there," Van Der Sypt said in a statement.

Investigators said they also found indications that the suspect had "sympathies" for the so-called "Islamic State" militant group.

'Fortunately nobody was hurt'

Authorities revealed that the attacker detonated a suitcase containing nails and gas bottles. He approached a group of passengers at the train station before grabbing his suitcase and causing a "partial explosion," Van Der Sypt said.

"Fortunately nobody was hurt," he added. "It could have been much worse. It is clear that he wanted to cause more damage than he did."

The man left his luggage before it exploded a second time. He then charged at a soldier at the scene while screaming  "Allahu Akbar" (God is great).

Earlier reports had claimed that the attacker had worn an explosive belt, although those claims were later dismissed.

Belgian media has reported that the assailant lived in the largely immigrant Brussels neighborhood of Molenbeek, a home and transit point for a number jihadis who carried out terror attacks in Brussels and Paris last year.

According to Molenbeek Mayor Francoise Schepmans, the suspect was an "isolated individual" who had recently gone through a divorce. Schepmans added that the bomber had been known to authorities for drug offenses, but not for being radicalized.

Belgian authorities have carried out a host raids in the area over the past year.

Belgium will keep its current terror alert level at three on a scale of four, Prime Minister Charles Michel said on Wednesday.

Nevertheless, added security forces will be deployed across the country. Authorities also said that no events would be canceled, but warned those planning to attend not to carry backpacks with them.

Security was beefed up at the 50,000-seat King Baudouin Stadium in Brussels, where British rock band Coldplay performed later on Wednesday.

Michel chaired a meeting of the National Security Council on Wednesday morning, after which he reported that authorities have no information suggesting further attacks are imminent.

Following the meeting, he tweeted: "We will not let ourselves be intimidated by terrorism. We will always defend our values of liberty and democracy!"

Brussels has been on high alert since a group of suicide bombers carried out attacks at the Brussels airport and a subway station in March last year, killing 32 people.

Following what prosecutors called a "terror attack" at Brussels' main train station, Belgian officials have said they identified the man allegedly responsible for the explosion. The suspect was the only casualty. (21.06.2017)