Brussels approves data-sharing deal with US | Europe| News and current affairs from around the continent | DW | 20.04.2012

Brussels approves data-sharing deal with US

The EU parliament has approved a contentious data sharing deal with the US. Washington hopes that data of passengers flying in from the EU will help in the war on terror. Critics warn it's a violation of privacy. 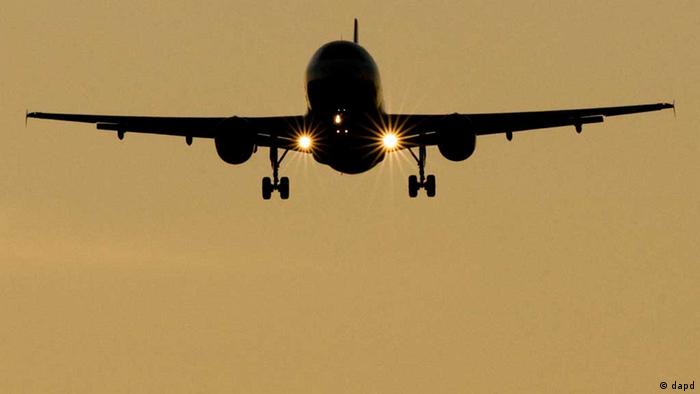 Critics of the deal had tried until the last minute to convince their colleagues in the European Parliament that the controversial deal does not provide sufficient privacy protection for EU citizens. The Passenger Name Record (PNR) deal will give US authorities access to data on passengers flying in from the European Union. Parliamentarians gave the deal the green light with 409 voting in favor, 226 against and 33 abstentions.

The US hopes to use the data in its fight against terrorism and international crime. 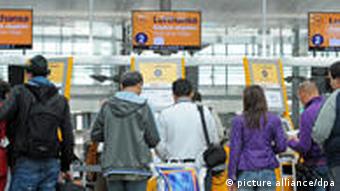 If you're headed to the US, authorities over there will know that you're coming

The data, which is to be gathered by air carriers during flight reservations and check-in, is to include a passenger's name, address, phone number and credit card details, But it will also include information that some may consider to be more sensitive, such as meal choices based on religious grounds or requests a passenger makes for assistance due to a medical condition.

Under the PNR deal, the data will be stored for up to five years though after six months, the passenger's name is to be masked out. After five years, the information will be moved to a "dormant database" for up to 10 years, where access to it by US authorities will be far stricter.

Critics however warn the agreement does not provide enough privacy protection for EU citizens.

"In my opinion this is a step backwards for civil rights and the rule of law," German MEP Jan Albrecht of the Greens said after the vote.

"This means the passengers will be entirely laid bare. All possible data related to the journey and the passenger will be handed over the US," warned Alexander Alvaro, also a German MEP, of the Alliance of Liberals and Democrats for Europe. He said the seven year deal went way too far. 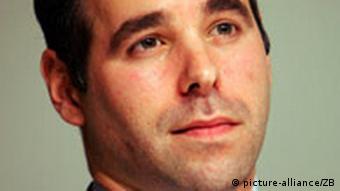 Alvaro says Brussels got pressured into approving the deal

The new deal is to replace an interim accord from 2007 under which the US can already request data from passengers travelling from EU countries to the US.

Proponents of the new deal stress that it in fact provides a stronger protection of EU citizens' rights than the 2007 deal which the EU parliament demanded to be renegotiated due to privacy concerns.

Under the new agreement, data will first be checked by EU authorities and only handed over to the US if there is grounds for suspicion. Critics however doubt that this principle will in fact be upheld.

Washington claims that such data has aided nearly every high profile recent terrorist investigation in the US. The information is also to help authorities trace international organized crime and curb human and drug trafficking. In the EU parliament, the deal was mostly backed by conservative MEPs. German Christian Democrat Axel Voss for instance pointed out that the agreement gave legal certainty for both EU citizens and airline carriers.

Washington had threatened massive sanctions should the EU fail to agree to the deal. MEP Alexander Alvaro warned that Brussels in fact had been blackmailed into giving the green light. "The US have said that should we not agree, they would strip airline carriers of the permission to land on US airports. And this threat has been enough to make the EU agree despite the flaws in the deal."

For passengers, the PNR agreement will hardly bring any changes for the better, Alvaro said: "Passengers will have to wait just as long in the future, they still will have to got through the entire process of embarrassing and intimate questions. The deal just cements the status quo."

The German government passed an anti-terror law after the 9/11 attacks that was designed to help authorities track and prevent terrorist attacks. Criticism of the law, present already back then, hasn't subsided. (09.01.2012)

EU to share air passenger data with US, despite German concerns

EU interior ministers have approved a deal that will allow US authorities to access personal data of European air passengers for up to 15 years. The agreement comes despite privacy concerns from Austria and Germany. (14.12.2011)

The United States and European Union have begun formal negotiations on an agreement to protect personal information they exchange to fight crime and terrorism. (14.04.2011)