Brok: Transitional implementation for EU-Ukraine agreement | Europe| News and current affairs from around the continent | DW | 16.09.2014

Elmar Brok, the German chairman of the European Parliament's Committee on Foreign Affairs, explains the implementation process for the association agreement between the EU and Ukraine. 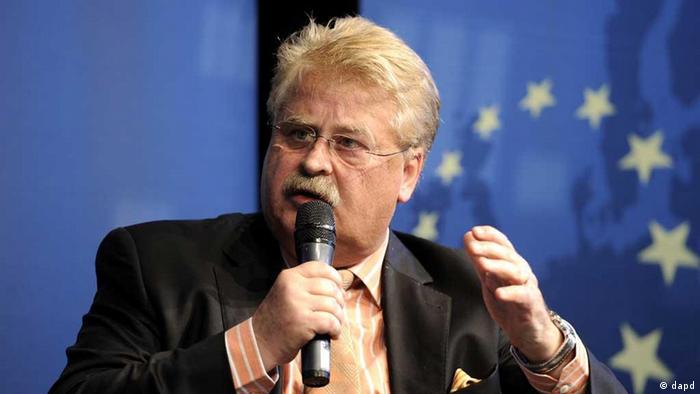 DW: The political part of the association agreement between Ukraine and the European Union will presumably come into effect in November, after it has been ratified in both the European and the Ukrainian parliaments. But the economic part - the free trade agreement - has been postponed until the end of 2015. What does this mean for Ukraine?

Elmar Brok: Nothing is being postponed. A contract has been agreed upon,and the implementation of certain technical elements will occur asymmetrically. For example, exemption from duty for Ukrainian products in the EU will remain as it is already in the provisional implementation. But Ukraine can continue to impose customs duties on certain products. The implementation is taking place incrementally, while the process will come into effect as a whole - without restrictions and without differences.

For many Ukrainians, the decision came as a surprise. Why was this decided at this particular time?

It was already being discussed in Newport [during the NATO summit on 4-5 September – ed.] We also started looking at the possibility at the EU summit in July. With immediate, full implementation there's a possibility that the market power of European countries could damage the Ukrainian economy. Within the framework of this transformation process, Ukrainian businesspeople have time to adapt in certain areas so that they can remain competitive.

What has to happen in Ukraine over the next 15 months until the trade agreement is fully implemented?

The Ukrainians must adhere to their transformation process - by adjusting their tax and customs laws, for example. We're also doing things to make sure that the transformation process isn't slowed down. But at the same time we're supporting them on our side by not insisting that they do everything immediately.

I'd like to give an example from the past to make this clear: When the Soviet Union fell apart in 1991, the plans that East Germany would continue to supply certain goods to the Soviet Union until 1994-1995 were no longer fulfilled, which led to the East German economy being unable to hold its own in the competitive process and collapsing. With the process we're following now with Ukraine, that can't happen.

So, for Ukraine this incremental implementation is an advantage?

What are the advantages and disadvantages of such a step for the EU?

Because of the situation in Ukraine - with the war and Russian influence - we are forgoing some of the advantages we would have had, allowing them to come into force at a later date. The Ukrainians can continue to impose certain customs duties in order to protect their own economy, whereas we cannot impose these duties in the other direction.

Russia may voice further objections to the association agreement in the coming months. Might changes be made to the contract as a result?

No, this process has been concluded. And the Russians are part of it. They were there for the negotiations. It's all coming into force. It's just being implemented incrementally, as is often the case with contracts. From the legal point of view, the whole contract will be enforced in all its details. It's just that there are often transitional arrangements. That's normal in business.

German politician Elmar Brok, of the center-right European People's Party, has been chairman of the European Parliament's Committee on Foreign Affairs since 2012.

The Association Agreement between the EU and Ukraine will enter into force only at the end of 2015, in response to pressure from Russia. This puts Ukraine's future with the EU into question, writes DW's Bernd Johann. (13.09.2014)