Brits need crash course on Brexit | Europe| News and current affairs from around the continent | DW | 13.03.2017

The Brexit bill is back with the House of Commons for a vote on the Lords' amendments. Cristina Burack took to the streets of London to find out what people have been making of the parliamentary proceedings. 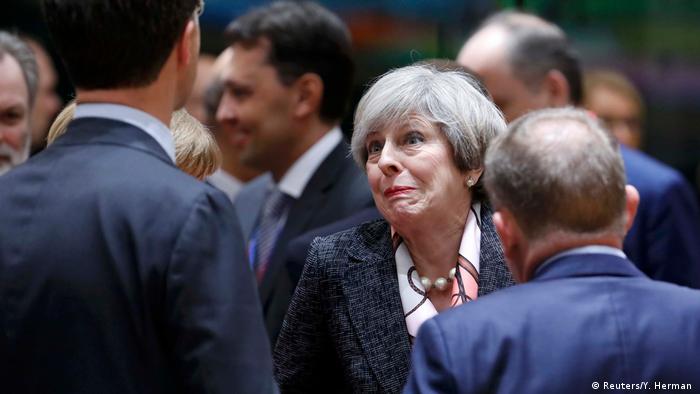 When asked to name a quintessentially British sport, many people think of rugby or cricket. But it seems the Brits - or at least British politicians - have been playing a lot of ping pong recently.

The official political term, listed on the British Parliament's online glossary, refers to the back-and-forth shuttling of bills between Great Britain's lower and upper parliamentary chambers - the House of Commons and the House of Lords.

Though Prime Minister Theresa May's concise Brexit bill passed through the Commons unaltered, the peers returned it to MPs on Monday with two amendments: one protecting European Union (EU) nationals' rights in the United Kingdom post-Brexit, and one requiring final parliamentary approval on the government's exit plan.

Critics of the un-elected House of Lords viewed the peers' additions to the bill as democratic obstructionism countering the will of the people as expressed in the Brexit referendum, when 52 percent of voters opted to quit the EU.

Londoner and public affairs specialist Nicky (declined to give her last name) is no stranger to the Lords' trademark fierce independence, having previously worked in the Conservative Whip's office.

"The Lords is not a chamber that is well-whipped," she told DW. Though she stated the Lords have the right to amend the Article 50 bill, she feels its members "are on tricky ground in terms of legitimacy."

Lord Newby on Brexit: 'We have nothing to lose'

Is there anything that can still be done to prevent Brexit? Yes, Lord Richard Newby, a passionate pro-European, tells DW, as the Brexit bill is debated in the House of Lords. (20.02.2017)

European Commission (EC) President Jean-Claude Juncker has set out five "avenues of unity" after years of political crisis in Europe. He called on EU states to write a new history "chapter" once Britain leaves the bloc. (01.03.2017)

Tim Bale, Professor of Politics at Queen Mary University in London, shared Nicky's view, arguing it would be "politically unwise" for the Lords to push back on whatever bill MPs will return to them after the vote in the Commons.

"The Lords probably now feel they have done all they can do, and probably all they should do at this point," he told DW, referencing the Commons' elected nature and the popular referendum that would make the appointed Lords subject to possible political backlash should they present further opposition. 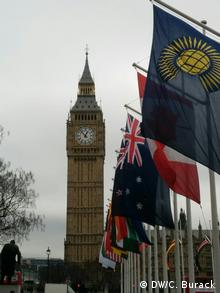 But Bale pointed out that perceptions on the Lords are tightly wrapped up with highly divided perspectives on the EU.

"If one is a Remainer, the House of Lords is a champion for the interests of at least 48 percent of the British people. If you are a convinced Brexiteer, then they are an obstacle to realizing the will of the 52 percent."

Brexit supporter Tim Saunders, a retired doctor, is "not very impressed" with the Lords, but he thinks their action "shows democracy at work." He doesn't mind either of the peers' two amendments as long as changes do not stop the UK's exit, he told DW on the streets near Westminster.

Unlike Saunders, who has been regularly following Brexit's political developments, Adam (last name declined) said he had not been reading much about the issue. Still, the construction and currier worker with Moroccan and Irish heritage told DW he approved of the amendment protecting EU nationals' rights "because most of them have contributed, have come here to work." He also thought it could help to secure the rights of British nationals in EU countries once May and the leaders of the bloc's 27 remaining nations sit down at the negotiation table.

Bale believes it is highly unlikely, however, that MPs will vote to keep the Lords' amendments because of the "incredibly weak opposition" May's Conservative party faces in parliament and in the polls.

"I don't think we have ever seen such a weak opposition," Bale said. "It gives Theresa May an awful lot of room to maneuver…she doesn't appear to be having much trouble getting anything Brexit-related through the Commons."

With a working majority of 17 seats, there would need to be significant internal party dissent among the Tory's 330-strong MPs in order to counter May's call to vote down the amendments and return the bill to her government's original draft.

But even if ditched, Bale thinks the "spirit" of the proposed amendments "will survive in some way."

"There is a kind of moral weight behind the amendment on EU citizens in the UK that will probably influence the government's behavior in any negotiations," he said. And the House of Lords "has probably signaled something that many people in the end might agree with…and that is some chance for parliament to have a substantial say on [the final divorce deal]."

No to a second referendum

By 336 to 131, the peers voted down a second referendum in 2019 on the final negotiated Brexit deal, and Nicky questioned what a second referendum would achieve. "People say, we want to vote on the deal. How on earth can you do a yes-no question on an entire negotiation package? I think it is wishful thinking." 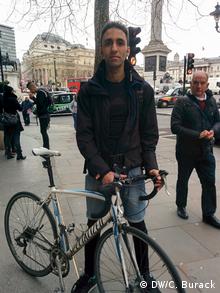 Adam says the protection of EU nationals' rights is crucial

However, Adam would like a second referendum because the situation has changed. Many Leavers "are regretting the decision because the pound has fallen and prices are going up," he said, also pointing out that people now have more information on what Brexit actually means.

From an outsider's perspective, it seems Brits could still use a crash course on how to exit the EU.