Britain's prime minister has confirmed that parliament is to investigate allegations that the banking institution Barclays took part in interest rate rigging. However, opponents are calling for a judicial inquiry. 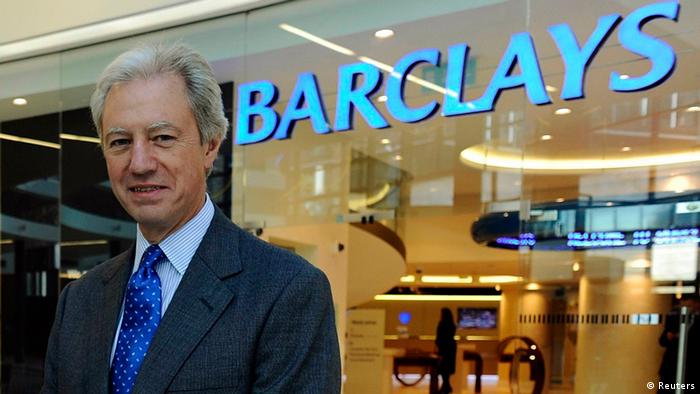 The British parliament is to launch an investigation into the interest rate rigging scandal that has resulted in the resignation of Barclays bank chairman Marcus Agius, Prime Minister David Cameron announced on Monday.

"I want to establish a full parliamentary inquiry involving both houses, chaired by the chairman of the Commons Treasury Select Committee," he said to parliament.

"This committee will be able to take evidence under oath," Cameron added.

"It will have full access to papers, officials and ministers, including ministers and special advisers from the last government, and it will be given, by the government, all of the resources it needs to do its job properly."

A new banking scandal exploded after Barclays was fined last week for trying to manipulate the London Interbank Offered Rate (LIBOR), which is globally used as a benchmark for prices on approximately $350 trillion (278 trillion euros) of derivatives as well as other financial products.

By allegedly manipulating these submissions, the traders knew in advance how the rates would move, a spokesman for the anti-trust authority WEKO, Olivier Schaller, said, commenting on the scandal.

"If you already know that, you have an advantage over others who think that the trend moves in a different direction," he told the dpa news agency.

Pressure from the opposition

Cameron's call for an investigation comes after the government's main opposition, the Labour Party, cranked up the pressure for action to rein in Britain's banks in response to the embarrassing developments. The Labour Party leader, Ed Miliband, has already called for the resignation of Barclays' chief executive, Bob Diamond.

He also threatened to push for a vote in parliament about the possibility of a full judicial inquiry, going beyond a parliamentary probe.

Miliband has also called for new measures to rein in the behavior of bankers and for a full judge-led investigation into the affair. 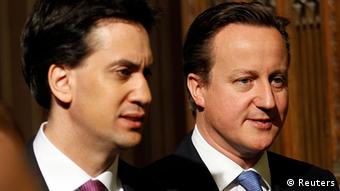 Ed Miliband has thrown down the gauntlet to the PM

"I want to see a new code of conduct for bankers, there is no proper professional code for bankers. For all we know, some of the people who were part of this scandal might still be working in other banks," Miliband told the British television channel ITV on Monday.

"There also needs to be that full inquiry, that full public inquiry into exactly what has happened throughout our banking industry," he said.

Concern about such interest-rate fixing practices has not been limited to Barclays bank. On Sunday, it transpired that the Royal Bank of Scotland (RBS) had dismissed four traders over their alleged involvement in the scandal. The Swiss bank UBS has also come under the spotlight. It was the first leading bank to suspend a group of traders and last July those bankers were granted partial immunity from prosecution in exchange for their cooperation.