The British-born television and radio presenter Chris Howland has died at age 85. The entertainer rose to fame in Germany in the 1940's and went on to become a much loved figure in broadcasting. 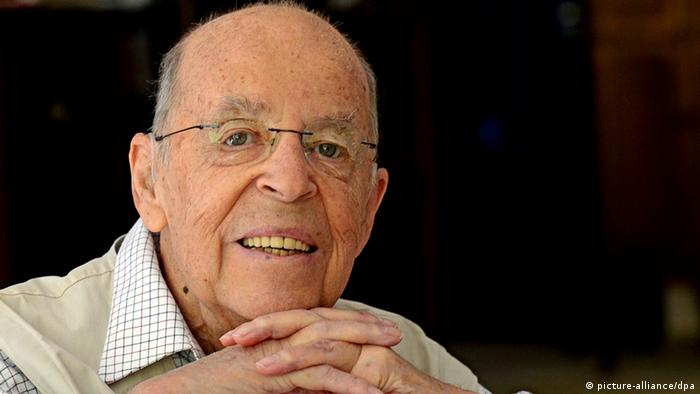 The entertainer Chris Howland died in his home town of Rösrath near the west German city of Cologne on Saturday evening, the public broadcaster WDR reported on Monday. He was 85 years old.

His career began in 1946, when he took up the position of a radio presenter for the British army in occupied Hamburg.

In 1952 he was hired by the former northwestern German public broadcaster NWDR, which was later to become WDR, where he first became known by his alter ego - Heinrich Pumpernickel.

It was in the 1960's that Howland became a household name with his radio program Musik aus Studio B (Music from Studio B) and Vorsicht Camera, with a format similar to the American television program Candid Camera.

He went on to present numerous other TV programs including the German national public broadcasters ARD and ZDF.

Howland was also a prolific singer and acted in more than 20 films. Most notable were his roles in several Karl May films where he played an eccentric Englishman.

"The term legend is used often and much too regularly, but Chris Howland really did fall into that category," WDR Director General Tom Buhrow said.