Britain's finance minister has announced plans to drastically reduce corporate tax in the nation still reeling from the pro-Brexit vote. The measure is aimed at tempting businesses to stay in the country. 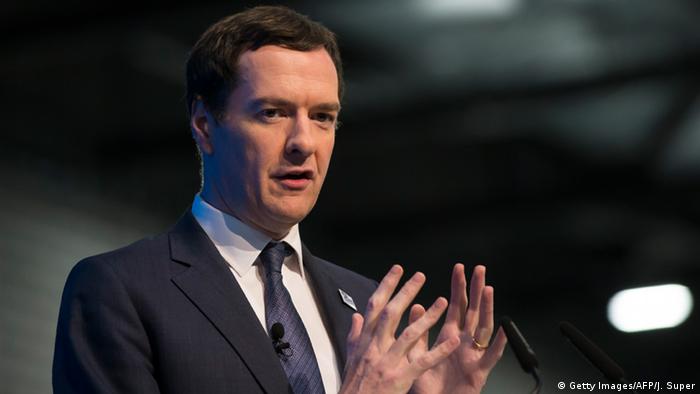 British Finance Minister George Osborne told the "Financial Times" that he was planning to cut corporate tax to less than 15 percent from 20 percent at present in an attempt to offset the shock to investors after the country's decision to leave the European Union.

While failing to specify a precise date for slashing corporate tax, the minister said he wanted to build "a super competitive economy" with low business taxes and a global focus.

A rate of under 15 percent would compare with an average of about 25 percent among other nations in the Organization for Economic Co-operation and Development.

'Making the best of it'

A drastic drop in corporate tax as envisaged by George Osborne could easily anger some EU countries, which have expressed concerns about competitive tax policies.

Reuters reported that the OECD had said it believed a further cut in corporate tax in Britain would "really turn the UK into a tax-haven type of economy."

Osborne defended his plans, saying "we must focus on the horizon and the journey ahead and make the most of the hand we've been dealt."

Other elements of the finance minister's vision to steer the economy through the Brexit upheaval include ensuring support for bank lending, a bigger focus on business relations with nations outside the EU such as China and maintaining Britain's fiscal credibility.