British Foreign Minister Dominic Raab expressed concerns over the new Hong Kong security law. China warned that the UK was heading down the "wrong path," not long after sidelining Huawei from its future 5G network. 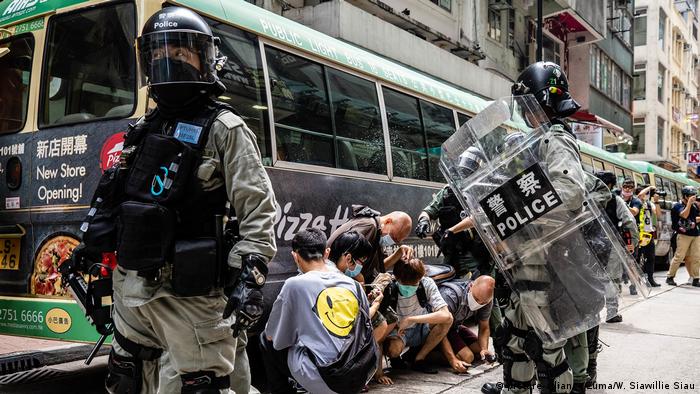 The move makes the UK the fourth country after Canada, Australia and the United States to suspend its extradition agreement with the partly autonomous Chinese city.

Speaking in the House of Commons, Raab called the suspension a "reasonable and proportionate response" and called the security law "a clear and serious violation" of the UK-China joint declaration that returned Hong Kong from British to Chinese rule in 1997.

Raab said he was was particularly concerned about the provision in the new law that allowed mainland China to assume jurisdiction over Hong Kong cases and try those cases in Chinese courts.

"The national security law does not provide legal or judicial safeguards on such cases, and I'm also concerned about the extraterritorial reach of certain provisions."

Raab also insisted that Britain wanted "a positive relationship with China. But we will protect our vital interests, we will stand up for our values, and we will hold China to its international obligations."

'There is a balance'

Earlier on Monday, British Prime Minister Boris Johnson said Britain would be "tough" on China but would not abandon foreign policy engagement with the country.

"There is a balance here. I'm not going to be pushed into a position of becoming a knee-jerk Sinophobe on every issue, someone who is automatically anti-China. But we do have serious concerns," the prime minister said.

Johnson said the changes to the extradition agreement would "reflect those concerns with the security law in Hong Kong."

Last month, China passed a controversial security law in Hong Kong that criminalized subversion, succession efforts and foreign interference. The measure followed more than a year of pro-democracy and anti-China protests in the city.

Last week, Johnson ordered that Huawei technology be purged completely from the UK's 5G network, backtracking on plans to give the Chinese telecoms giant a limited role in Britain's new high-speed network.

The UK also announced last month it would open a special route to citizenship for up to 3 million eligible Hong Kong residents, a move Chinese Ambassador to Britain Liu Xiaoming has described as a "gross interference" in Chinese affairs.

The US is calling out China over Hong Kong and the South China Sea. But Beijing has its answer ready. Both sides are spoiling for a fight, and soon, says political scientist Deng Yuwen. (18.07.2020)

The biggest problem with China's controversial new security law for Hong Kong is that Beijing has free reign to impose draconian penalties if it pleases. The future looks bleak, says DW's Frank Sieren. (16.07.2020)

China's Chang'e 5 lands on the moon 9m ago

Scores of nuns contract coronavirus at German convent 42m ago