Six months after the UK's EU referendum and amid growing discontent, Prime Minister Theresa May has now outlined her plans for Britain's future. Samira Shackle reports from London on the reactions. 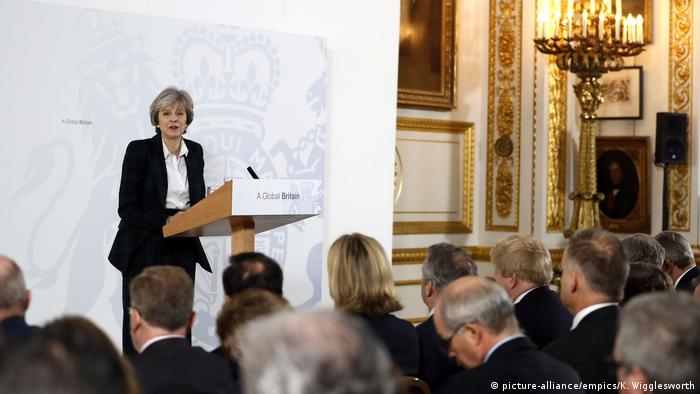 For six months after Britain voted to leave the European Union, there was little clarity from the government on what exactly that would mean. The slogan "Brexit means Brexit" has been repeated by Theresa May and her ministers to the point of parody.

Now in a long-awaited speech, May has spelled out her plans, telling an audience of journalists and foreign ambassadors that the UK would not seek to remain in the European single market as this would mean "not leaving the EU at all." She said, however, that Britain would seek the "greatest possible" access to the single market and the customs union.

"The speech was meatier than I had expected given that the government has been saying that to lay out their plan would be detrimental," says Oliver Patel, research associate at the European Institute at University College London. "The overall tone was on the one hand conciliatory, saying that she does not want the EU to unravel, and on the other hand firm, especially her statement that a bad deal for Britain would also be bad for Europe," he told DW.

May pledged that a final Brexit deal would be voted on by both the House of Commons and the House of Lords, said that she would push for the "freest trade" agreement possible, and promised that EU citizens would still be welcome in the UK.

"Watching that speech, it was easy to forget that May actually campaigned to remain in the EU, she sounded like a real Brexit believer," says Samantha Kay, a lawyer from London. "I can't help but feel that in the absence of an effective opposition, she's trying to appease the Eurosceptics in her own party and the tabloid media, which means veering towards a hard Brexit," she told DW. Membership of the single market has been one of the key grounds for debate thus far, with many prominent remainers arguing that Britain's continued membership is paramount. The single market allows the free movement of goods, services and workers between members. Immigration cannot be reduced without exiting it, although many have expressed concern about the economic ramifications of leaving.

"May is prioritizing controlling immigration," says Patel. "She has interpreted the message of this referendum being that free movement can't continue. One thing that's less clear is her overall domestic message about a fairer country for everyone. All she spoke about was controlling immigration, other than that there was no detail about how Brexit and the process of Brexit would make the country fairer."

May has personally staked a lot on reducing migration; long before the EU referendum, she was pledging to reduce net migration to the tens of thousands. She reiterated this commitment in her speech, saying that a reduction in numbers was impossible without leaving the single market.

Theresa May hopes to make a success of 'Brexit'

"It's difficult to hear May talk about immigration pushing down wages and worsening public services without feeling anxious, whatever she says about EU citizens still being welcome," says Jeanetta Nowak, a Polish secretary who has lived in the UK for eight years. "Increasingly I feel afraid that my future cannot be in this country," she told DW.

"This was definitely a have our cake and eat it type scenario," says Patel. "That's an area where EU leaders might be thinking, why would we agree to that? It's very much a demand that benefits the UK, has no benefit to Europe, and potentially undermines the integrity of the customs union." 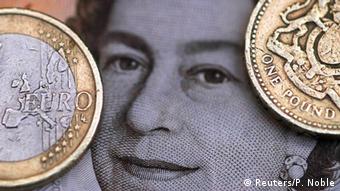 At least there's a little more clarity for the business community

While the business community has been concerned about the economic fallout from Brexit, many are simply relieved to have some clarity. "We now know that we will be leaving the single market, and while there will be firms who regret this, they will at least be able to plan on that basis," says Allie Renison, head of Europe and trade policy at the Institute of Directors, a business body.

"While we do not expect a running commentary, firms hope to get periodic updates to maintain confidence as we make our way towards the exit," she told DW.