The UK has tried hard to strengthen its already robust economic relationship with Chinese politicians and businessmen. But many now question Britain's future as an investment destination - and a gateway to the EU. 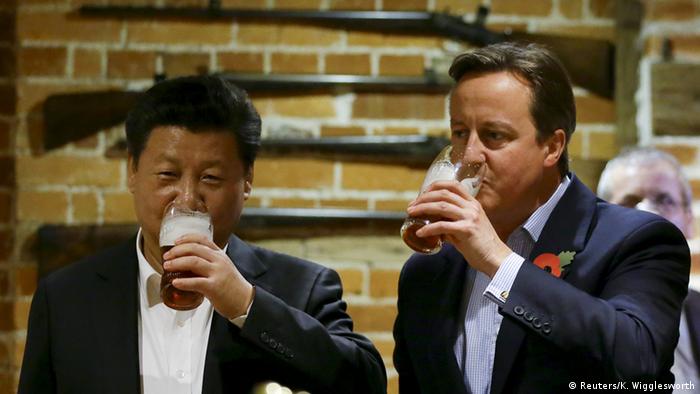 In what critics call the "Osborne Doctrine," Britain's Chancellor of the Exchequer George Osborne has spent years fostering what he called a "golden" economic relationship with China. Its industry tycoons and top politicians have been well-received in London - then Prime Minister David Cameron famously treated President Xi last year to fish and chips - while billions of dollars in Chinese direct investment were pumped mainly into Britain's energy industry and real estate sector.

On his trip, the Chinese head of state spoke out against Brexit, hardly a surprise, given China's interests in the country and the region. The UK has become China's preferred investment destination in Europe. Since 2000, Chinese businesses invested $13.5 billion (12.2 billion euros) in Britain - almost twice as much as in Germany. In return, the UK served as an advocate of Chinese trade and economic interests in the European Union.

'This will be a blow'

"The UK leadership always said they would be the guys pushing for China's interests in the West and the European Union," a Western diplomat in Beijing was quoted saying by the Washington Post. Brexit, then, "is quite bad news for China," he said. Neither is it good news for Britain, after having tied itself so tightly to its far-eastern business partner.

"In the future, Chinese investors will have a negative sentiment toward the British market," says Zheng Chaoyu, an economist at Beijing's Renmin University. "This will be a blow to Britain as an investment destination." 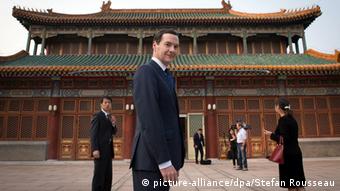 An editorial in the Chinese state newspaper "Global Times" decried the "lose-lose situation" that Brexit set off. Britons were choosing to "become citizens of a nation that prefers to shut itself from the outside world," it said, adding: "Britain's exit reflects the general decline of Europe."

In the eyes of Chinese leaders, Brexit is another sign that the center of global politics is shifting further toward Asia, says Jan Gaspers, Head of Research of the European China Policy Unit at the Mercator Institute for China Studies (MERICS) in Berlin. "Europe's reputation has already suffered significantly as a result of the Brexit vote."

A loss of appeal

According to Gaspers, China's political elites are concerned that the outcome of the referendum could cause a domino effect that would result in other member states leaving the EU as well. "Looking from Beijing, a further devolution of the Union would mean a shrinking single market in which Chinese products can be traded freely."

It is still too early to predict how Britain leaving the EU will affect Sino-British trade specifically, with much depending on Britain's future relationship with this single market, a matter that is still up in the air. In any case, British businesses will no longer have the support of the EU's influential chamber of commerce in Beijing. "It is hard to see how British companies will be better off, when they don't have this backing anymore," the chamber wrote in expressing its "deep regrets" over the Brexit decision. 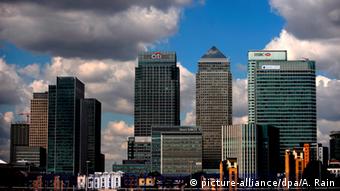 Pundits have also expressed worry that the City of London will be affected by China's post-Brexit change in strategy. "Beijing has been betting on London as Europe's major financial hub, but it has had an eye on Frankfurt as well," says Michael Schaefer, Germany's ambassador to China from 2007 to 2013. "London will very likely continue to play a key role for China as a global financial center," he continued, "but Frankfurt is probably going to become more important as China is expected to make significant investments in the European market in the next few years."

Philippe Le Corre, a visiting fellow at the Center on the United States and Europe at the Washington-based Brookings Institution, put it this way: "China will probably not give up entirely on the UK, but it will treat it as what it will be: a medium-sized economy with a strong financial focus and not much of an industry left."

Standard and Poor's has stripped the UK of its triple A credit rating. Fitch has downgraded Britain to double A. And Moody's has downgraded its outlook for the British economy to negative. (28.06.2016)

In quick succession, three funds have called a halt to an outpour of capital, joining three others. The UK's long-booming real estate market has become a leading source of worry for its financial system post-Brexit. (06.07.2016)