The German president has warned that Britain's exit from the European Union "cannot become an endless horror story." Concerns are growing that pro-Brexit parties could disrupt next month's EU parliamentary elections. 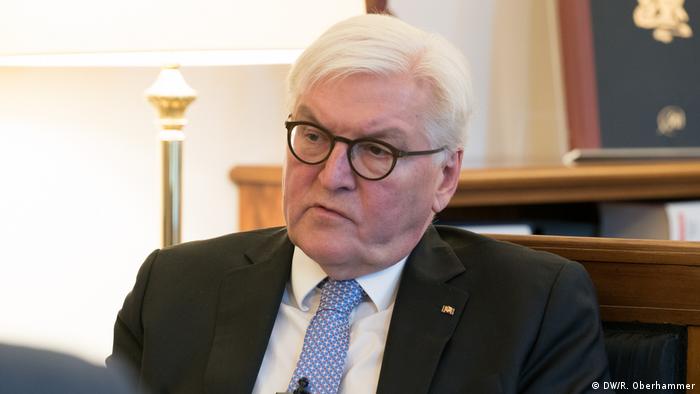 German President Frank-Walter Steinmeier on Saturday defended the decision to postpone Brexit for six months, but called for the British parliament to approve the withdrawal agreement by May 23.

Steinmeier told the German Süddeutsche Zeitung newspaper it was "important to do everything to limit the negative consequences" of Britain's departure from the European Union.

Warning that Brexit "cannot become an endless horror story," he added that he was skeptical about the country's participation in the European parliamentary elections next month.

"That is why it would be best if a constructive majority in the British parliament quickly came to an exit agreement before the elections," Steinmeier added.

EU leaders this week granted Britain an extension until the end of October, but said the country could leave earlier if it agreed on a withdrawal deal.

British Prime Minister Theresa May has failed on three occasions to get parliamentary approval for the formal process by which the country quits the bloc.

But May has repeatedly stated that Brexit could happen before Europeans vote for their Members of the European Parliament (MEPs) between May 23-26.

During the newspaper interview, Steinmeier admitted that the political crisis in Britain was "less and less understandable and more difficult to explain."

"Nevertheless, we must be clear: Brexit is a deep cut with enormous consequences — for Britain, but also for the Europe of the 27 [remaining members]," he said.

European leaders are growing increasingly anxious about Britain's participation in the vote as their MEPs may only sit in parliament for just a few months.

There are also concerns that pro-Brexit politicians could help boost the fortunes of other euroskeptic and anti-establishment parties across several EU countries.

On Friday, leading British euroskeptic Nigel Farage launched the Brexit Party in anticipation of the country's possible participation in the vote.

Meanwhile, the United Kingdom Independence Party (UKIP) — which campaigned for the UK's exit — confirmed this week it has set aside half a million pounds (€578,000 $655,000) to send leaflets to 27 million British households.

DPA said that young people were being targeted in particular on social media as part of an attempt to stifle voter turnout.

Moscow has been blamed for influencing the 2016 US presidential election, along with Brexit itself, and recent polls in Germany and France.

In a short parliamentary statement, Chancellor Angela Merkel advocated a longer but flexible extension to the UK's EU exit date. She said this might allow "a little calm" to return to the process. (10.04.2019)