Sarajevo's Klas bakery benefits from trade with the EU. It's one of the few Bosnian economic success stories. Conditions are tough for businesses, as Daniel Heinrich reports from Sarajevo. 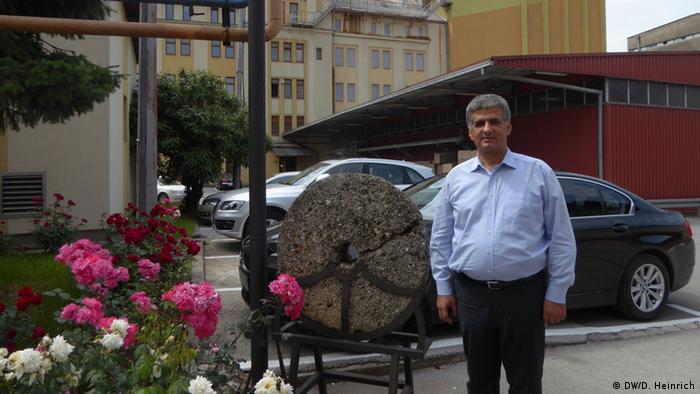 Mirsad Zuyd, the portly master baker, offers a big grin as he shakes hands with the DW reporter at 5 a.m. in the Klas wholesale bakery's huge production hall on the outskirts of Sarajevo. Fresh loaves of bread file by on blue conveyor belts.

Zuyd is pleased. "We're doing really well," the production manager says." In particular during Ramadan, people bought our products like crazy." The bakery boosted its volume of sales by about one third to almost 40 million euros ($43.88 million) over the past three years, he told DW. "I'm especially pleased for the employees - many are happy to have a job at all."

Zuyd's employer, Klas bakery, is one of the very few economic success stories in Bosnia-Herzegovina.

Karsten Dümmel, the head of the Konrad Adenauer Foundation in the small Balkans state, is well acquainted with difficult conditions: he was a civil rights activist in communist East Germany, and later worked on the periphery of corrupt political systems in Africa for years. It takes a particular "type" of businessman to be successful in Bosnia-Herzegovina, he says. Most of them spent years abroad, where they could act on whatever creative notions they had, he says. "They return, and using their elbows and flaunting big ideas, they manage to come out on top." But, he argues, it's not their habit.

The AS Group is a conglomerate of companies that employs more than 3,000 people in Bosnia, and sells products ranging from food to textiles.

Despite his youthful demeanor and the AS Group custom-made suit, Hrvic looks tired. Current legislation is the biggest problem, he says, voicing what many entrepreneurs in the country think. "There is no transparency on the market in Bosnia." In particular, concerning exports to the EU, "our politicians miss one opportunity after the next to adapt Bosnian laws to EU specifications." 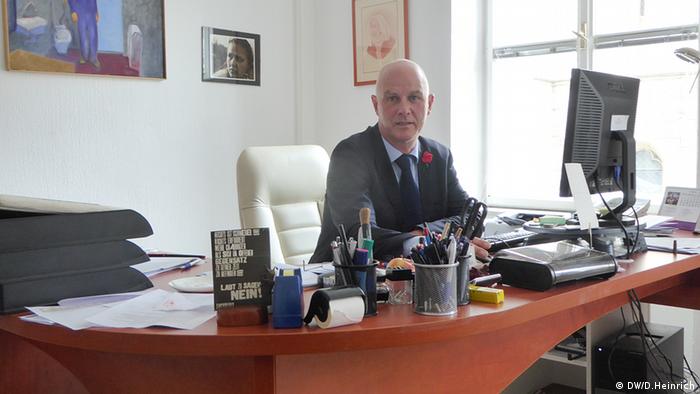 Businessmen who've worked abroad are most likely to be successful, says Dümmel

Many people seem to be paralyzed by the mix of corruption and nepotism in the country, says Charlotte Hermelink, head of the Goethe Institute in Sarajevo. "Politicians work for themselves, their friends and relatives, their networks and ethnic groups - that's true for the Bosniaks, Croats and Serbs alike," she told DW. "There simply is no concept of what Germans call the 'common good', something politicians are beholden to, regardless of their political affiliation."

Politics and the economy

The data proves Hermelink right. Transparency International ranks Bosnia-Herzegovina 76th on its current global corruption index, placing it behind Jamaica and El Salvador. There's a clear divide between politics and business, says Karsten Dümmel, adding they seem to be intent on facing off, instead of joining forces. Company bosses unfailingly tell him to "keep the politicians away from us so we can do our jobs," he says. "That says it all."

Back at the Klas bakery production site, Mirsad Zuyd shrugs. He is aware of the figures, he is familiar with the conditions - he grew up with them, they were part of his everyday life. All the same, or perhaps for just that reason, he won't let anyone rain on his parade. As far as he's concerned, the Klas success story will continue.

"We want to export even more, Europe is such a big market and it offers us so many opportunities," he says. He and his team also want to send a message to his fellow countrymen: "Look, we made it despite all the difficulties in our country." And if we managed to do it, he says as he bids the reporter farewell, then "success stories are possible all over the country."

Brexit and its effect on EU enlargement in the Western Balkans

Bosnia has lifted a key blockage on its road to EU membership, with help from Berlin. But the Balkan country is facing other serious obstacles, says regional expert Alida Vracic. (18.07.2016)

Ex-Bosnian Serb leader Radovan Karadzic has appealed his prison sentence for genocide, accusing the UN judges of "a political trial." The 71-year-old convicted war criminal was implicated in the 1995 Srebenica massacre. (22.07.2016)

Imam Suleiman inspires the members of his Sarajevo congregation. He speaks to their hearts with his open nature - and warns against all forms of extremism. Daniel Heinrich visited him in Bosnia. (20.06.2016)