Luiz Inacio Lula da Silva has been found not guilty of obstruction of justice. The former president's defense team lauded the judge's "impartiality" while continuing to criticize the zeal of another Brazilian magistrate. 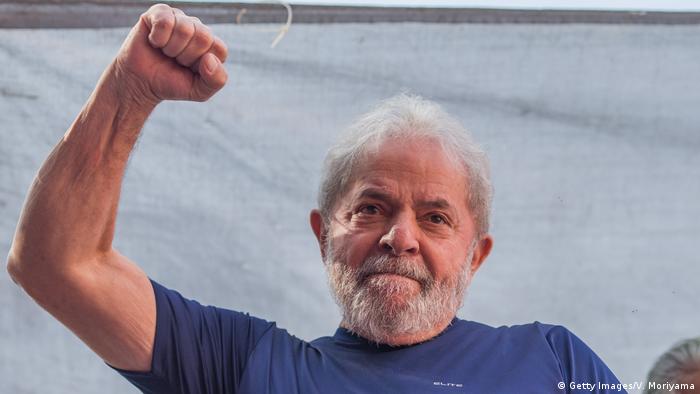 A judge ruled that Luiz Inacio Lula da Silva, Brazil's president from 2003 to 2010, was not guilty of obstruction of justice. Thursday's decision came as no great surprise: Prosecutors asked the judge to acquit Lula, admitting that they had not found evidence that the former president attempted to interfere with a massive corruption investigation involving the state-run oil company Petrobras.

"There are innumerable possibilities and circumstances as to what really happened," Judge Ricardo Augusto Soares Leite wrote in his ruling, noting that he didn't find witness accounts credible.

The initial indictment accused Lula and others of trying to buy the silence of a former Petrobras executive implicated in the scandal. But, on Thursday, Leite ruled that the evidence did not present a clear picture of what had happened.

Defense attorneys said the judge's reasoning should apply to a 2017 ruling that found Lula guilty of trading favors with a construction company involved the scandal in exchange for the promise of a beachfront apartment in Sao Paulo. Both cases involve the Car Wash investigation, in which prosecutors allege that politicians granted favors and state contracts to companies for bribes and campaign contributions. Lula also faces charges in half a dozen other pending cases.

"The verdict of absolution reached in Lula's favor on this date further evinces the illegitimate character of the decisions that condemned him in the case of the triplex," lawyer Cristiano Zanin Martins said in a statement released Thursday, referring to the apartment in question. "We hope that justice will also prevail in the triplex case to reinstate Lula's full liberty."

Lula, a candidate in Brazil's presidential election, has been in prison since April. His attorneys say that judge, Sergio Moro, had given far too much credence to the testimony of the imprisoned former Senator Delcidio de Amaral, who had agreed to testify against other politicians in exchange for leniency.

Moro "condemns without proof," Lula's lawyers wrote on Facebook on Thursday. The judge had sentenced Lula to nine years and six months in prison for passive corruption, but the court of second instance extended that to 12 years and one month.