At least four attackers targeted the Brazilian Embassy in Berlin, breaking windows and throwing paint and eggs at the building. Federal investigators say the attack could be politically motivated. 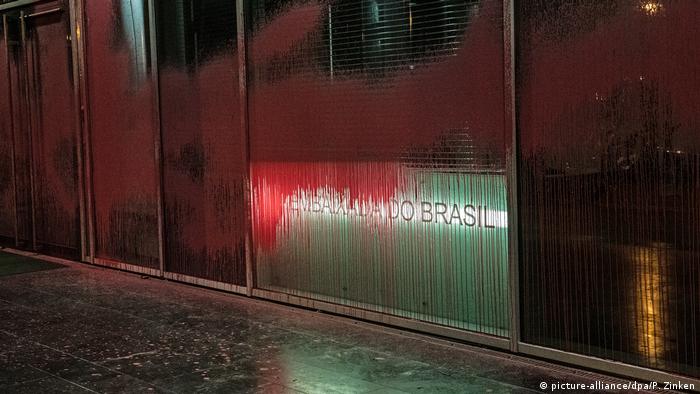 German authorities are looking for at least four suspects who vandalized the Brazilian Embassy in central Berlin early on Friday.

The group threw pink and black paint, eggs and other objects at the main entrance and windows at around 1 a.m. local time. Police said 16 windows were damaged. No injuries were reported among the embassy staff.

Federal investigators are probing the case. Authorities said they could not rule out a political motivation. 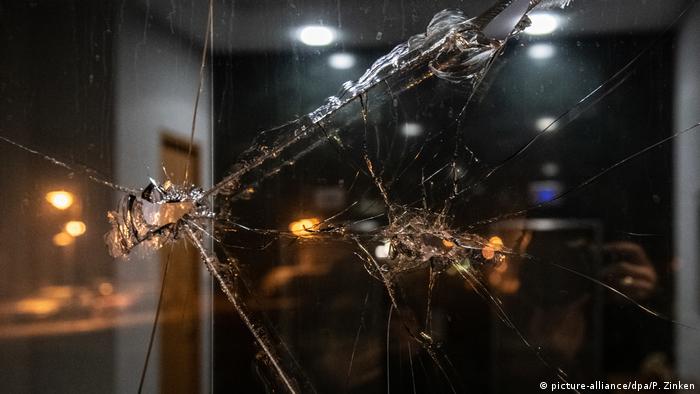 Attackers smashed windows at the embassy

According to the B.Z. tabloid, the attack caused at least €100,000 ($114,488) in property damage. The daily also reported that the attackers damaged the double-pane windows with iron bars and likely used a fire extinguisher to spray the paint. 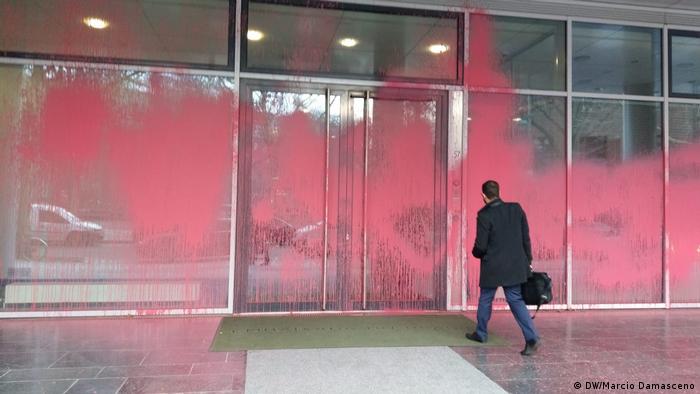 The attackers fled when approached by security.

An Amazon store, also in central Berlin, was also attacked overnight. Police were looking into possible links with the embassy incident.

German police have been investigating suspicious letters containing white powder sent to the American and Israeli embassies in Berlin. The probe is focusing on a suspect known to authorities. (14.08.2018)

Paint bags were thrown at the Turkish embassy in Berlin under the cover a smoke bomb, according to police. The color of the paint suggests Kurds were behind the act. (27.02.2018)