Brazil calls off search for Air France victims, but France continues | World | Breaking news and perspectives from around the globe | DW | 27.06.2009

Brazilian naval authorities have called off the search for additional victims and debris from Air France Flight 447, which crashed over the Atlantic at the beginning of June with 228 people on board. 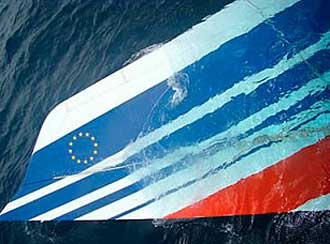 French teams will continue searching for the black boxes

Brazilian Air Force Lieutenant Colonel Henry Munhoz said the military was unlikely to find additional bodies and wreckage in the search area so many days after the crash.

"It's already been nine days without seeing any bodies," Munhoz said Friday in a televised news conference.

To date, authorities have recovered 51 bodies and around 600 pieces of wreckage from the Airbus A330-200 jetliner, which mysteriously plunged into the Atlantic on June 1 en route from Rio de Janeiro to Paris.

Air France said Thursday that the bodies of the flight captain and a steward had been identified, bringing the number of identified victims to 11.

The cause of the crash is still unknown and investigations are likely to be limited without the plane's black boxes, which could give vital information about conditions when the plane went down.

Weather and distance from the coast have complicated search efforts from the outset, and officials have said it will be difficult to locate the black boxes. The devices will stop emitting audio signals within a week, at which point they will be almost impossible to locate.

The French agency probing the mid-Atlantic crash has said it would release an initial report on its findings on July 2.

Authorities have identified the chief pilot and a member of the cabin crew of the Air France plane that crashed into the Atlantic on June 1, en route from Rio de Janeiro to Paris. (26.06.2009)

A church service has been held in the city of Dusseldorf to mourn the German victims of the Air France plane crash two weeks ago. (13.06.2009)