Brazil's president issued a statement saying he did not seek to influence key police appointments, as his former justice minister alleged when resigning, and that he expected the country's top court to absolve him. 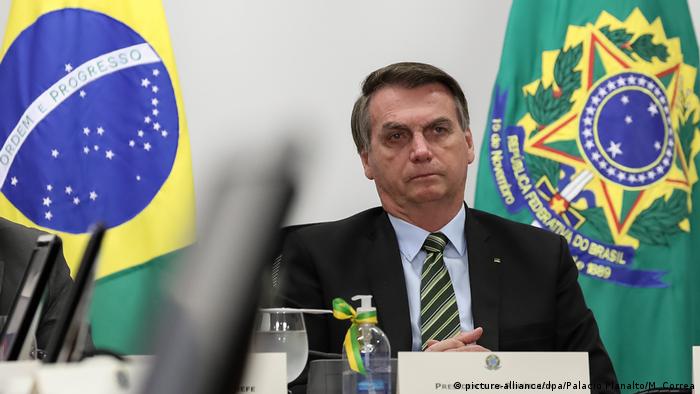 "I never interfered in the work of the Federal Police. All statements to the contrary are frivolous. The testimonies of countless federal delegates confirm that I never asked any of them for information I expect responsibility and serenity in dealing with the matter," Bolsonaro said in a statement.

The Supreme Court's investigation is still in its initial stages. The court didn't respond to Bolsonaro's statement. If the case heads to trial, Bolsonaro would have to give up office for 180 days as defendant.

Allegations against Bolsonaro had gathered steam last week when the Supreme Court released a video of a ministerial meeting in which the President said he was going to "change" security officials or even ministers to prevent his family and friends from being "screwed." Bolsonaro said that he was referring to his "personal security" during this meeting and denied allegations of meddling in police appointments. Although Bolsonaro doesn't appear to directly implicate himself in the video, the expletive-laden tone amid a national health crisis still cast him in a difficult light.

An allegation turns into a political scam

Brazil's attorney general opened a criminal investigation into the matter in April when Sergio Moro, then Brazil's minister of justice, called a press conference to allege that Bolsonaro had fired Mauricio Valeixo, the federal police head, to appoint a person who would illegally share reports with him. Moro resigned in protest after making the allegations.

Moro also claimed that Bolsonaro had tried to fire the head of police in the state of Rio de Janeiro, to protect his sons who are currently under investigation. "The president said more than once, expressly, that he wanted a person he could be in touch with personally, whom he could call directly, from whom he could receive information, intelligence," alleged Moro. 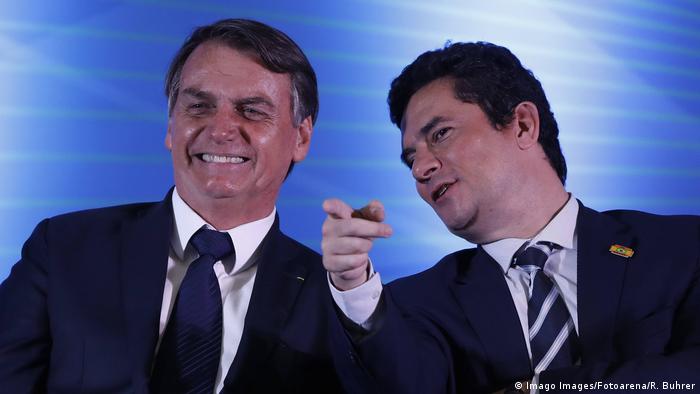 Bolsonaro denied Moro's allegations, calling them false. He called Moro "vain and dishonest" and said that he didn't "need permission" to fire anyone.

Political crisis amid a global pandemic

Brazil has seen a political upheaval since the onset of the coronavirus pandemic. On May 15, Nelson Teich, the health minister, resigned after barely a month on the job. His predecessor, Luiz Mandetta, was reportedly pushed out by Bolsonaro barely a month earlier for not agreeing to promote hydroxychloroquine, an anti-malaria drug, as a treatment for COVID-19.

Brazil's health ministry said late on Monday that it would continue using the drug as a treatment, despite the WHO removing it from its list of potential medications for suspected sufferers.

Brazil has 374,898 cases of COVID-19, according to Johns Hopkins University's coronavirus resource center – the second highest in the world. It's also one of the areas still experiencing a surge in caseloads. Bolsonaro has downplayed COVID-19 as nothing more than a "little flu," and condemned what he calls "hysteria" concerning the virus. He has also been ignoring health advice issued by the World Health Organization and his very own health authorities to practice physical distancing.

The United States is imposing a travel ban on Brazil as COVID-19 infections in the South American country surge. Meanwhile, European countries are relaxing measures ahead of the summer holidays. Follow DW for the latest. (26.05.2020)