President Jair Bolsonaro is hiring and firing again. One day after a major cabinet reshuffle, he says he will replace the heads of the army, navy and air force. 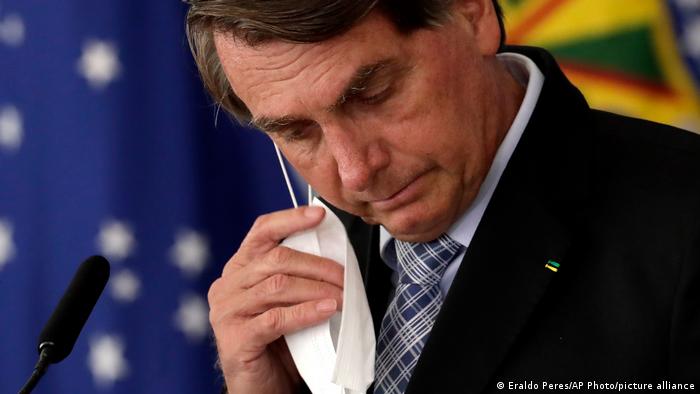 The announcement comes a day after the embattled head of state overhauled his cabinet with six substitutions, including a new defense minister.

"The decision was communicated in a meeting on Tuesday with incoming defense minister (Walter Souza) Braga Netto and outgoing minister Fernando Azevedo," the goverment said in a statement.

Bolsonaro on Monday sacked a string of officials, including Defense Minister Azevedo. Some local media, including the Folha de Sao Paulo daily, reported that the military chiefs had quit in protest at the unexpected ministerial reshuffle.

What other changes has the president made? 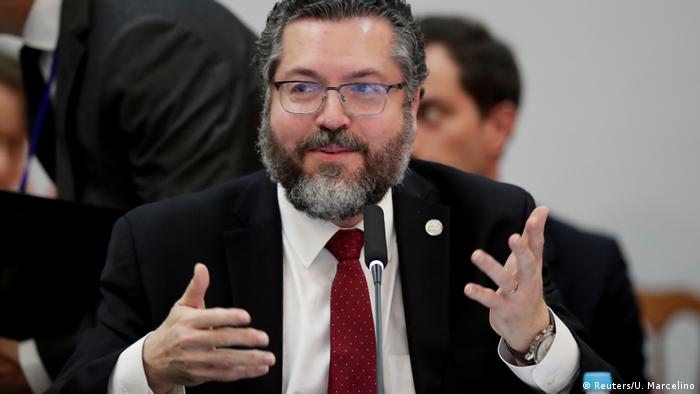 Araujo has faced criticism for his perceived diplomatic failures and gaffes

The highest profile casualty on Monday was Foreign Minister Ernesto Araujo. He had most recently been under fire for comments and actions that critics said impeded faster access to coronavirus vaccines as the coronavirus batters Brazil.

The president named Carlos Alberto Franco Franca as the new foreign minister after Araujo tendered his resignation earlier in the day.

Bolsonaro also named replacements for the justice ministers as well as three other ministers in his biggest Cabinet overhaul since he came to power in January 2019.

Earlier this month, the president fired his health minister, whose tenure coincided with most of Brazil's 314,000 Covid-19 deaths and became the target of fierce criticism. Merely in the course of the pandemic, Bolsonaro has had three different health ministers.

Why was Araujo forced out?

Araujo — himself an ideological ally of the president — has come under fire from sources close to Bolsonaro for failures to secure vaccine supplies.

His strong affinity with former US President Donald Trump is believed to have made him unpopular with the Joe Biden White House. Brazil has had little success in securing a share of US vaccine stockpiles.

Araujo has also been criticized for making quips against vaccine superpower China, similar to Bolsonaro's own. As well as being a potential source of the vaccine, China is one of Brazil's major trading partners.

The minister's frequent attacks on environmentalists and the left were also increasingly being viewed as distractions from tackling the pandemic.

The minister's expected departure is seen as part of a broader move by the embattled president
to address the coronavirus pandemic more seriously. A record-breaking second wave in the country is pushing hospitals to the brink.