Brazil: Apps warn residents of shootings | World| Breaking news and perspectives from around the globe | DW | 05.12.2020

Every year there are thousands of shooting incidents on Brazil's streets in which innocent bystanders are injured or killed. In some cities, apps now give real-time warnings to residents about areas to avoid. 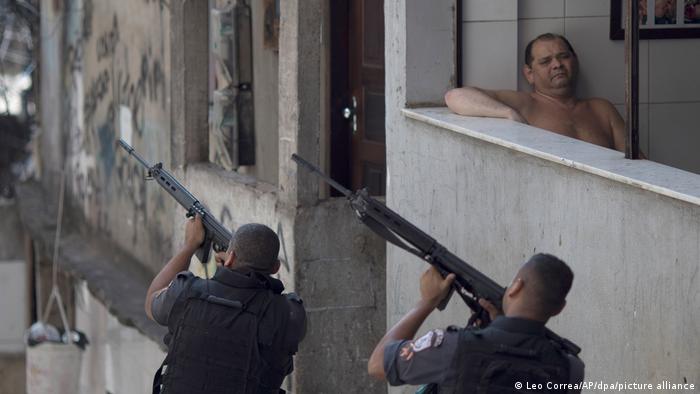 This week, Brazil was shaken by two Hollywood-style bank robberies. On Monday night, heavily armed men held up several banks in the southern city of Criciuma, terrifying residents. Mayor Clesio Salvaro used social media to appeal to citizens not to leave their homes. Media reports said that the criminals took several innocent bystanders hostage during the more than hourlong operation and used them as human shields. But the victims were all released unharmed, they said.

The robbery the next day in the north Brazilian city of Cameta did not end as happily. When some 20 criminals stormed a bank and took hostages, one innocent person was shot dead and another injured. The thieves escaped.

Having two such spectacular robberies in a short space of time is unusual even for Brazil, and the newspaper headlines reflected the fact. But armed violence is part of everyday life in the country, whether during holdups like these shootouts between drug gangs or militias, or exchanges of fire during police raids.

This year alone, there have been at least 3,000 shootings in the state of Rio de Janeiro. But this statistic does not come from the authorities. The number is taken from data supplied by "Onde Tem Tiroteio" (OTT), a crowdsourcing app that warns users about shootouts and where users can report shooting incidents themselves. In English, "Onde Tem Tiroteio" literally means "Where is a shootout." 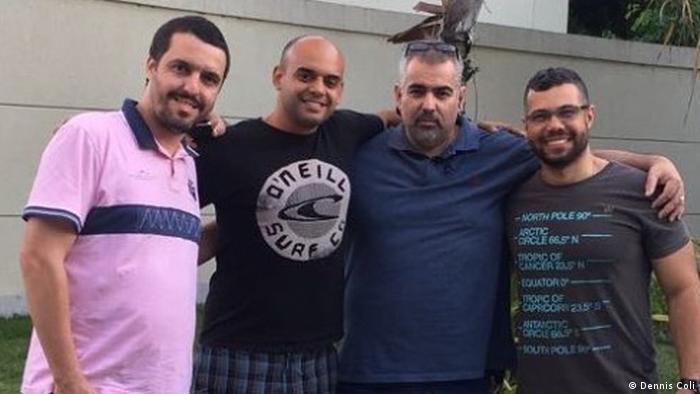 It was started by four friends in Rio de Janeiro in 2016.

"We have all experienced dicey incidents, and we noticed that there was no way to get information in real time about dangerous streets and situations," said Dennis Coli, a programmer who takes care of the technical side of things and publicity. "Our main aim is for people to be able to get from A to B more safely with our help."

Coli's colleagues, Benito Quintanilha, Henrique Coelho and Marco Baptista, are in charge of daily business. They try to verify details about shootouts. Users receive push notifications on their smartphone when something is happening in their proximity. In the app, the reports about nearby gun battles are presented like a ticker; the incidents can also be located on a street map.

A similar app is "Fogo Cruzado" ("Crossfire" ), which was developed by the journalist Cecilia Olliveira in collaboration with Amnesty International. Fogo Cruzado gathers even more data than OTT, such as whether security forces are involved and how many people have been killed or injured. According to its information, in 2020 almost 800 people lost their lives in shooting incidents in the state of Rio de Janeiro alone.

OTT also processes the data and makes it available to journalists and authorities on request, but the focus is on its use as a protective measure against immediate danger. Fogo Cruzado, on the other hand, has had the additional aim from the outset of bringing home the dimensions of the problem of violence to Brazilian society and political decision-makers. 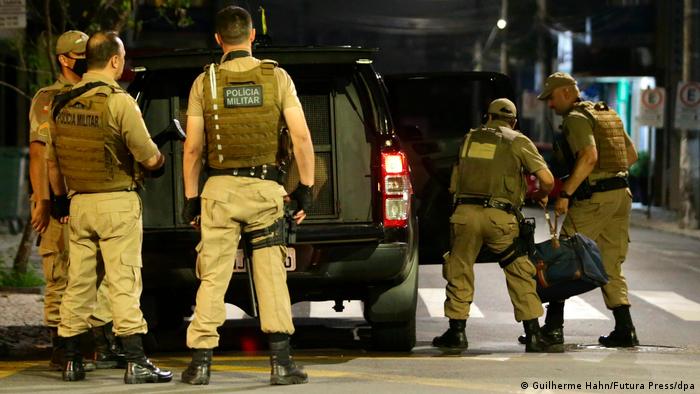 Verification through a helper network

Fogo Cruzado also has more resources and staff, but OTT has more users: The former has been downloaded 250,000 times, but the latter has counted 1.2 million downloads. Coli, Quintanilha, Coelho and Baptista say they reach as many as 4.5 million people through the social networks.

Coli does not see OTT and Fogo Cruzado as rivals, but simply as two services that can each provide help "with their possibilities." He attributes the greater uptake of OTT to the way it involves users. "With us, it is the users themselves who report incidents. And when verifying them, we draw again on people at the scene. For example, if we receive a report of a shootout in Rocinha [a favela in Rio de Janeiro — editor's note], we pass it on to our group of helpers there; they are people like residents and taxi or Uber drivers from the district," he said.

Both apps are now available beyond Rio de Janeiro. Fogo Cruzado also operates in the northeastern metropolis of Recife, and OTT in the state of Sao Paulo. In the long term, the goal is to be able to warn people about shootouts everywhere in the country. Many places are sure to be in need of such a service, as Brazil is regarded as one of the most violent countries in the world, with 10,000 homicides per year. 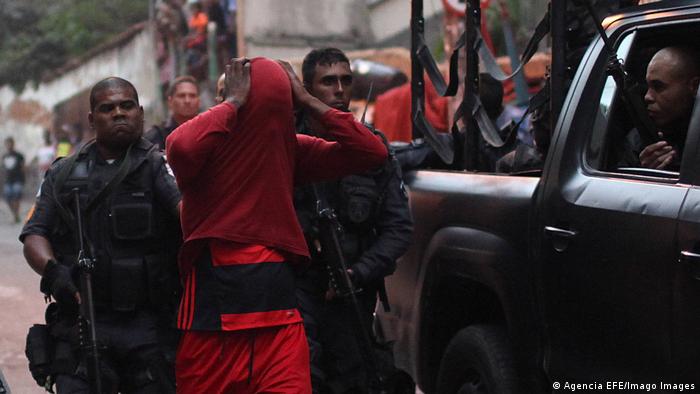 Violent crime is commonplace in many Brazilian cities

"Actually, it is sad that people need something like our app," said Dennis Coli. "Depending on what routes I have to take in Rio, I can never be sure that I won't get mixed up in a shootout and be hit by a military weapon. That is unfortunately par for the course for the cariocas [term used for residents of Rio de Janeiro — Editor's note] and many other people in Brazil."

The thought of the risk to which he was exposed day after day in Rio de Janeiro eventually became too much of a strain for Coli, who is a father. He moved to the US with his family. "I have given up Rio. I love the city; it is beautiful. But the criminality simply restricts your life too much."

His greatest dream would be for a day to go by in the city without a shootout. "But up to now, there has unfortunately never been such a day," he said.

This article was translated from German by Timothy Jones.