Brad Pitt opens up about alcohol dependency and split with Angelina | Lifestyle | DW | 04.05.2017

Brad Pitt opens up about alcohol dependency and split with Angelina

In an interview with GQ Style, the celebrity revealed details about his problems with alcohol, the end of "Brangelina," and his newfound love of therapy. He also added that acting is not important to him. 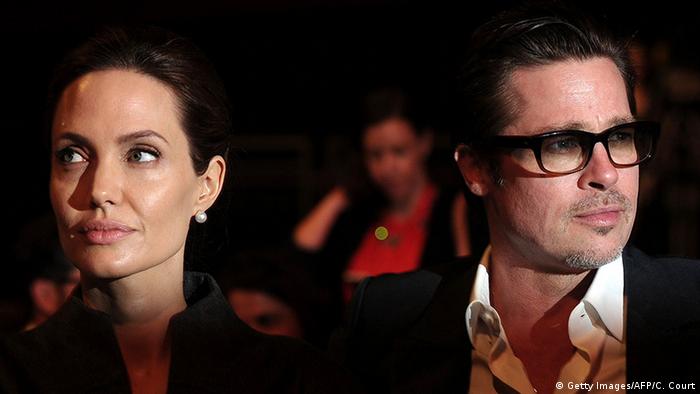 The celebrity world was shocked when Pitt's wife, Angelina Jolie announced their split in December 2016. The couple had been together since 2004 and has six children.

Jolie accused Pitt of hitting their teenage son on a flight from France to Los Angeles, sparking tabloid gossip and an FBI probe.

Pitt was cleared by the FBI and social workers and wants joint legal and physical custody of Maddox, 15, Pax, 13, Zahara, 12, Shiloh, 10, and twins Vivienne and Knox, eight, while Jolie is demanding sole guardianship.

The split, says Pitt, was a "huge generator for change." The 53-year old actor revealed that he has quit drinking alcohol and replaced it with cranberry juice and fizzy water.

"I'm really, really happy to be done with all of that. I mean I stopped everything except boozing when I started my family. But even this last year, you know - things I wasn't dealing with. I was boozing too much," he said.

Pitt added that he loved wine and could "drink a Russian under the table with his own bottle." "I was a professional. I was good," he told the magazine's summer edition.

Substances, said Pitt, had long been part of his life: "I can't remember a day since I got out of college when I wasn't boozing or had a spliff, or something..." He revealed that alcohol was getting in the way of his life.

"It's just become a problem. And I'm really happy it's been half a year now, which is bittersweet, but I've got my feelings in my fingertips again."

As for his relationship with Jolie, Pitt said they have abandoned the path of "vitriolic hatred" and have been working together to sort out their issues.

As for the movie business, "I don't really think of myself much as an actor anymore. It takes up so little of my year and my focus. Film feels like a cheap pass for me, as a way to get at those hard feelings. It doesn't work anymore, especially being a dad."

US actress Angelina Jolie has filed for dissolution of marriage from her husband Brad Pitt, Jolie's attorney has confirmed. According to TMZ, the 41-year-old Hollywood star is seeking custody of their six children. (20.09.2016)

Madame Tussauds London museums have separated two figures of Angelina Jolie and Brad Pitt following news of their imminent divorce. Pitt has released a statement saying he is "very saddened" by the divorce filing. (21.09.2016)