Is Europe too weak? Could it have stopped the jihadists a long time ago? DW asked controversial Algerian author Boualem Sansal about the shortcomings of Western politics. 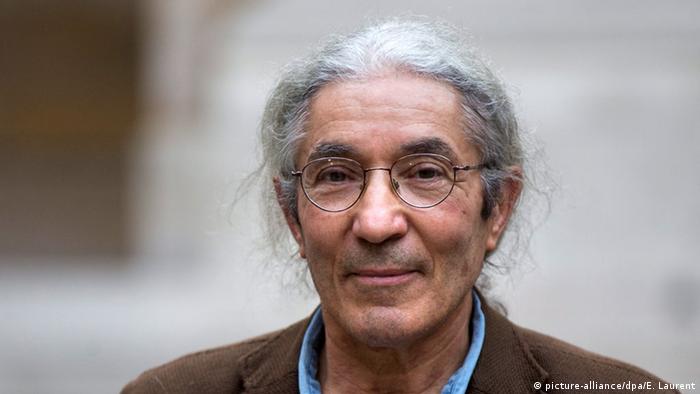 DW: Boualem Sansal, you have been following the evolution of Islamism for a long time now – not just in the Muslim world but also in Europe. Did the extent of the attacks in Paris surprise you?

Boualem Sansal: No, not at all. What surprises me is the fact that it happened that late. International Islamism has declared war on Europe, with France as its preferred target following the country's intervention in Syria. This war has already started and it will continue.

In August, you have published your new novel "2084" – a dystopian scenario involving a religious, totalitarian, violent regime with Islamist traits. I think that most Westerners wouldn't have imagined that such a scenario could really happen in Europe. Maybe some of them will reconsider in light of the recent events. Do you really think that such an Islamist regime could get a foothold in Europe?

That is what they are trying to do at least. To a certain degree, the foundations have already been laid. There are sleeping cells but also active cells across Europe. And there is a whole infrastructure of religious, financial, commercial and educational institutions. They have a strategy and I think this movement will accelerate and become stronger and stronger. But it also depends on how the Europeans will react to this challenge. At the moment, their reaction is not adequate.

So you're saying war is not an adequate answer?

No, it's absolutely not. You can't fight ideas with cannons. In fact, you will only reinforce those ideas. You have to combat ideas with ideas, with a philosophy of life, with a rethinking of democracy, with new ideas about laicism and with a good plan of how to integrate Muslim communities into European societies.

Let's talk about those ideas that you just mentioned. Is the Western world partly to blame for this extreme escalation of violence?

Yes, I think that the European societies have underestimated the difficulties of integrating their Muslim communities. According to the elites' thinking, integration is something that happens automatically by way of living in a democracy, enjoying a certain quality of life. However, the Muslim communities have special needs that nobody took into account - needs that are linked to the Muslim belief system in their countries of origin. In addition, the West has acted irresponsibly by supporting dictatorships and the likes in the Southern hemisphere. Now we are paying the price for the consequences of these questionable policies. 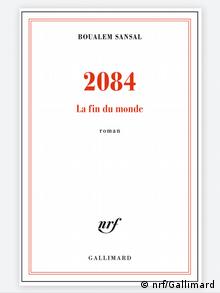 You have closely observed radical Islamism that has developed in the French suburbs, the banlieues. What drives young people to become jihadists?

Some people say that traditional European values are in crisis and that this crisis is fanning the flames of Islamist violence. What is your take on that?

Yes, I'm convinced that that is the case. In my opinion, the West has reached its limits with its philosophy of Enlightenment that was so representative of the continent for centuries. On the one hand, the West itself has not respected its own values, its own philosophy of Enlightenment. On the other hand, globalization increasingly erases the unique characteristics of every country and has replaced the general values of life with the rules of the market – through consumption, fun, and the satisfaction of desires that are purely materialistic.

You just mentioned the Age of Enlightenment. Do you think the idea of freedom has lost its appeal?

Yes, absolutely. Freedom has ceased to exist. We have become prisoners of rigidly organized states that have made precaution their principal political guideline. Moreover, globalization is imposing the rules of the market on us. We are controlled by advertisement and marketing. All-encompassing laws are limiting the citizens' freedoms. The only freedom we have left is to choose whose orders to follow. So many Muslims say, instead of obeying the law of the market or the judicial system, we prefer to adhere to what religion tells us.

Particularly now, after the attacks in Paris, there is a lot of talk about freedom and the Western way of life. Can we restore that?

Yes, absolutely. There is an expression in the Muslim world that many repeat every day and that gives them a lot of strength: Ennahda. It means 'Renaissance' or 'rebirth.' They long for the big Arab Empire to rise again, for the Arab-Muslim society, the Islam and the bellicose values to be rejuvenated. I believe that the West should in turn initiate a new Renaissance, similar to the one of the 15th and 16th centuries in Europe.

It would mean to rebuild, renew, and revive the values of the Age of Enlightenment, the arts, the culture. To do so would also mean to say goodbye to the rules of the market and globalization to a certain degree: a path that would certainly pose many challenges. One idea could be to create a federal Europe that respects every country's individuality and that doesn't standardize and uniform everything. This work has to be done. But apparently nobody does it.

Some intellectuals and universities deal with this issue but not the political world. In the Muslim world, this work is already being done. The Muslims may do it badly. The jihadists in any case do it shamefully. But the West sleeps and rests on its laurels. Western societies should work on their future. The time is now.

Boualem Sansal is one of Algeria's most famous writers. In his novels and essays, he has warned of the dangers of radical Islamism for years. In 2011, he received The Peace Prize of the German Book Trade. For his new novel "2084", Sansal received the Grand Prix du roman de l’Académie française in October.