Stocks in Turkey opened lower after the weekend's failed coup attempt, while the government in Ankara insisted the negative consequences would only be temporary. Some experts aren't quite so optimistic. 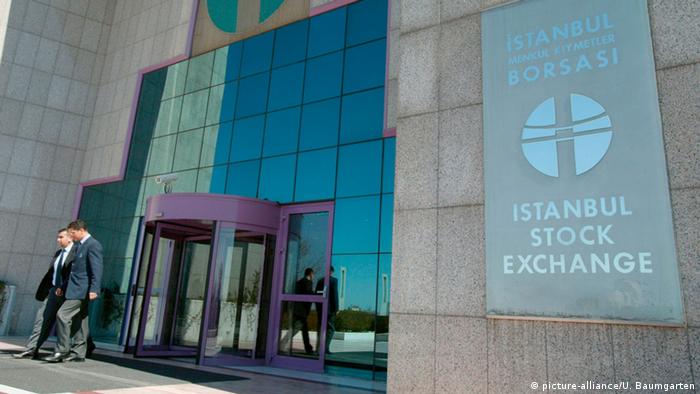 Shares listed on the Istanbul stock exchange were down 5 percent after parts of the Turkish military tried to seize power from the government Friday night.

Worst hit were companies in the tourism industry, such as Turkish Airlines, which saw its stock drop 8 percent. Shares in the budget carrier Pegasus fell 6.5 percent in early trading, while Turkish airport operator TAV also took an 11 percent blow.

But the news wasn't all bad. The lira, Turkey's currency, had rebounded somewhat from its 5 percent slide after Friday's violence, which left more than 200 people dead, according to an official count. In Asian trade on Monday, the lira was up about 2 percent against the dollar.

Over the weekend, the head of Turkey's central bank had promised to provide the country's banks with unlimited liquidity to stem any insecurity among investors, but by Monday there had been no "unusual developments" in Turkey's banking sector, the head of the banking association there, Hyseyin Aydin, told Bloomberg in an interview.

Mehmet Simsek, Turkey's deputy prime minister, said the impact of the failed coup on Turkey's economy would be short-lived as the government continued to carry out structural reforms.

Simsek's optimism was not shared by the head of the German-Turkish Chambers of Commerce and Industry, Jan Nöther, who said the putsch would "leave its mark" on the country's economy even if the long-term effects aren't entirely clear.

"The Turkish economy has experienced painful crises in the past and always found appropriate solutions," Nöther told the German business daily Handelsblatt on Monday. "But now the confidence of the international economic partners seems to be waning due to the ongoing threat level."