Boston bombing: How safe are mega-events?

The Boston Marathon bombing raises questions of security surrounding marathon events throughout the world. DW spoke to Markus Frisch, who manages the Cologne Marathon in Germany. 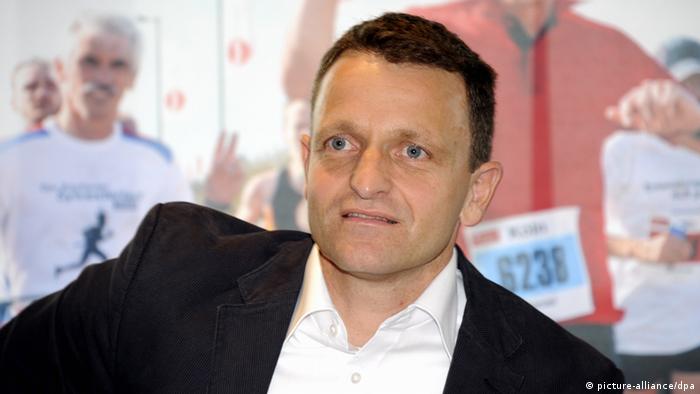 Deutsche Welle: To what extent is a marathon in the major city of Cologne prepared for a disaster scenario?

Markus Frisch: We have a "traffic direction squad," which is sort of a crisis task force. It's situated in the downtown area and constantly keeps track of the event. All the institutions involved are present: police, the fire department, paramedics, a representative for the public transportation services, the tourist office with the surveillance cameras in the urban area and us, the organizers.

If you take a look at Boston - in the end, the police assume responsibility for the operation that unfolds in such a scenario. We, the organizers, basically prepare everything - the infrastructure is there and can be used in such an event. We have to ensure that we are always in the position to react to such a situation.

Does the Boston attack give cause for an expansion of the security concept?

As organizers, we will most certainly revise it once more. I also expect the Federal Interior Ministry will demand improvements, in particular where such mega events are concerned. I can imagine they will come up with something.

How is cooperation with the hospitals? Are they prepared?

In the case of a marathon, we set the equivalent of a small town in motion: 30,000 people. Primary health care in Cologne is geared toward one million citizens. All the same, we have to employ additional paramedics for the event itself. First aid areas are set up at crucial points along the route, and a small hospital with an intensive care area is erected near the finish line. About 150 paramedics are on duty, including doctors and emergency doctors. If something happens, they are all prepared.

How much organization and work goes into designing a security concept?

We coordinate 150 paramedics; the fire department, which is also on the crisis task force, is on duty, too. We go to a lot of trouble to make sure we can get the event approved. Such a security concept is easily 100 pages long, with blueprints and attachments, and it encompasses all areas, from the volunteer helpers along the route - we have a total of 1,500 - to paramedics, the fire department and police.

Basically, sponsors and entry fees finance the event. The city of Cologne supports us with the police and fire department, and advises us during the planning stages ahead of the event.

Have security requirements for mega-events tightened?

Yes. The 9/11 terror attacks were the first crucial point, followed by the disaster at the 2010 Love Parade in Duisburg. After those events, security for mega events was heightened significantly. In general, such events are always an occasion to improve strategies. But there is always a certain amount of risk involved. Unfortunately, that cannot be completely excluded.

Markus Frisch is manager of the Cologne Marathon Event and Advertising GmbH (a limited liability company), which organizes the annual marathon in Cologne. The marathon is Germany's third-largest.

US security apparatus put to the test

The images recall painful memories of 9/11. Although Monday's attacks at the Boston Marathon were of a different scale, they quickly unleashed a seemingly well-functioning American security system. (16.04.2013)

Islamist political parties are the winners of the Arab Spring, but the West is uncertain over how to deal with the Islamists. Should the more radical elements gain in influence, a dialogue will become ever more fraught. (22.03.2013)

Mayor Adolf Sauerland has been voted out of office in the German city of Duisburg. Residents who blame Sauerland for 21 deaths at the Love Parade music festival in 2010 forced the vote. (12.02.2012)