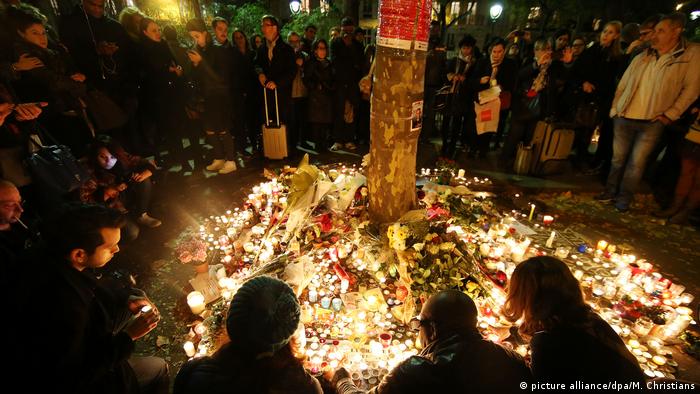 A Bosnian man wanted in connection with the 2015 Paris terrorist attacks has been arrested on a European warrant issued by Belgium, German prosecutors said Thursday.

German federal police and prosecutors in Dresden, the capital of Saxony state, said the 39-year-old suspect was arrested a week ago in neighboring Saxony-Anhalt state.

The unnamed man was accused of "abetting a terrorist organization linked to the terror attacks, including on the Bataclan concert hall, on November 13, 2015 in Paris," they said in a joint statement.

A court in Merseburg, Saxony-Anhalt, have ordered him to be held in custody, said regional prosecutors, adding that they were considering his extradition to Belgium.

On November 13, 2015, gunmen linked to the "Islamic State" (IS) group killed a total of 130 people during synchronized attacks on Paris' Bataclan music and nightclub, outside its national Stade de France stadium and at several cafes.

Responsibility for those attacks — reportedly coordinated from Brussels — was claimed at the time by IS, which was then controlling large swathes of Syria and Iraq.

Further attacks claimed by IS in the Belgian capital in March 2016 killed 32 people.

BKA commandos arrested the suspect at Bad Dürrenberg, south of Halle in Saxony-Anhalt, on the night of last Thursday, June 20.