Bosnia is worried by EU suggestions to close borders to refugees crossing the Balkans | Europe | News and current affairs from around the continent | DW | 20.06.2018

A new wave of refugees across the Balkans and the EU threat of closing its borders has Bosnia-Herzegovina struggling to position itself. Could it be the location of a refugee camp in return for EU funding? 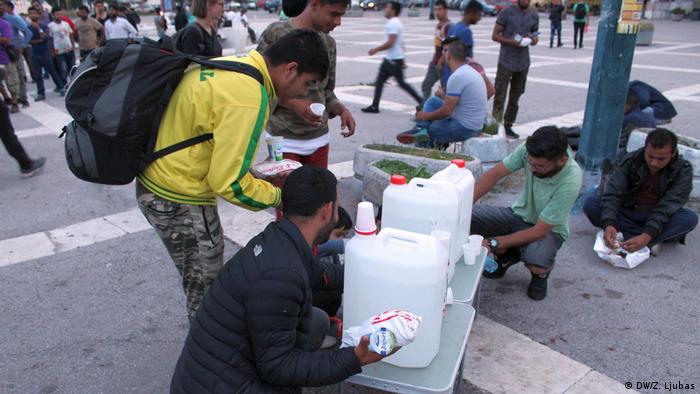 As Austria, Slovenia and Croatia are debating closing their borders to refugees, Bosnia-Herzegovina is considering following suit.

"The only possible response from us would be stricter border controls ... and the closing of the border towards Serbia and Montenegro," said Slobodan Ujic, director of Bosnia-Herzegovina's Service for Foreigners' Affairs.

Ujic's statement comes at a time when the Balkan country is facing its biggest influx of migrants since 2015.

"There is a huge difference if we compare the influx of refugees to Bosnia-Herzegovina last year and this year," Neven Crvenkovic, Bosnia's UNHCR spokesperson, told DW. There have been 6,600 refugees registered so far, 611 of whom requested asylum.

Bosnia-Herzegovina is considered a transit country for refugees and economic migrants on the so-called Balkan route. Most of them are trying to reach EU member states, with Germany and Sweden at the top of the list.

But few opt to stay in Bosnia-Herzegovina. Since the end of the 1992-95 war, the country has been struggling with a poorly performing economy, as well as severe political and ethnic divisions. This situation, combined with the fact that Bosnia-Herzegovina is not a EU-member, have made it unappealing to migrants.

But this seems to have changed since its neighboring countries have tightened border security.

No longer just a transit country 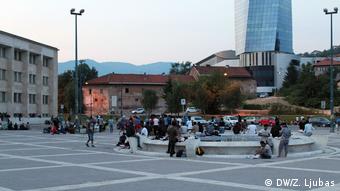 Refugees mill around on the square outside Sarajevo's railway station

In Bosnia-Herzegovina's capital, Sarajevo, the train station area is frequented by such migrants, mostly Syrians, Pakistanis, Afghans, Iraqis, but also Libyans, Palestinians, Algerians and Moroccans. They sit under trees and around the fountain discussing how to get registered, to get some information or any kind of assistance.

The UNHCR, together with local partners in Bosnia-Herzegovina, provides legal and psychological support to such migrants.

But several volunteers and local organizations continue to help those in need. Pomozi.ba (Help), a Sarajevo-based citizens' organization, distributes hundreds of meals to migrants every day. The organization has also provided accommodation for some 100 people with children.

Locals donate food, clothes and hygiene items. Most of them still remember the horrors of the 1992-95 war and the 43-month siege of Sarajevo. 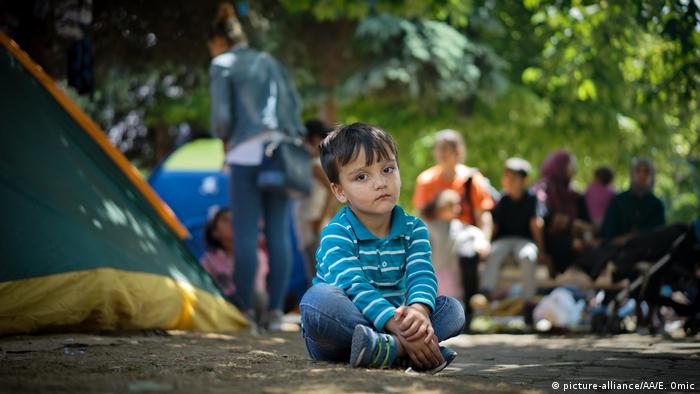 Refugees have set up tents in central Sarajevo

"It is sad to see so many people living just under the open sky, probably thinking on their families and friends back home and waiting for some assistance from us. I do not have much, but I give as much as I can to help someone," says Amra, a young volunteer.

Nedeljko Simic from Srebrenica and his Polish wife, Jagoda, took in a pregnant Algerian woman and her husband earlier this year.

"No one wanted to take a pregnant woman, not even for money. We brought them to our home, they spent two days with us," he says. Nedeljko and Jagoda then managed to find and rent an apartment for the couple, and continued to help them before and after baby was born.

In the meantime they mobilized their friends and launched online activities to collect donations for migrants. This was not first time for them to do so, as they were already helping migrants during the 2015 refugee influx.

Read more: Is Bosnia a safe haven for refugees?

The attitude is different with many people in the Serb-run half of the country, the Srpska Republic. There, few people on the streets express compassion for refugees.

The entity's President Milorad Dodik, however, has a clear stance towards migrants. "We (the entity's authorities) will not let any shelter for migrants be set up on the territory of Republika Srpska," he told local media recently.

He also expressed concern that the politicians in Sarajevo might use the migrant influx to increase the number of Muslims in the multiethnic Balkan country, where ethnic and religious makeup are a hot issue. 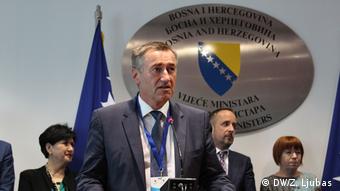 With a new populist coaltion government in Austria, old ideas are being revisited: Austrian Police Chief Franz Lang in June brought up again an idea to set up a camp for rejected asylum seekers in Europe, but outside the EU.

Such a proposal had first been floated in 2015, but neither then nor now has it been spelled out that Bosnia-Herzegovina would be among the "less attractive" European countries to be considered as locations for such a camp.

"Countries like Ukraine and Egypt were mentioned before. The idea is to try to get as close as possible to the source of migration movements, to take control near the source, and to make decisions at that point as to who should travel onwards," Lang said in Sarajevo.

There has been no official response by Bosnia-Herzegovina's authorities to such suggestions.

In June the European Commission announced a €1.5 million ($1.7 million) assistance package for migrants in Bosnia-Herzegovina aimed at ensuring that basic needs are met, such as accommodation, food and medical assistance.

According to the UNHCR, the situation in Bosnia-Herzegovina is not considered critical. But many of the people in the region who work directly with migrants do not agree.

"Sometimes I have a feeling that we live in parallel worlds," says volunteer Nidzara Ahmetasevic, an independent scholar and journalist. In 2015 she joined the Croatia-based NGO "Are You Syrious" (AYS) to help Syrian refugees on the Balkan route. The initiative soon grew into an NGO with more than 200 volunteers in many countries.

"Migrants are not the problem here. The problem is lack of a functional system, able to answer the needs of those seeking a shelter," Nidzara said. She believes the Bosnian authorities, as well as UNHCR, ignore the reality of the situation: Things are under control now, she says, thanks to the "stunning solidarity of citizens and numerous volunteers," and not because of the state's structures.

Bosnian war veterans took to the streets of Sarajevo to express their support to Bosniak ex-general Atif Dudakovic. Prosecutors suspect Dudakovic of war crimes against Serbs, but also Bosniaks loyal to other leaders. (04.05.2018)

By any measure you choose, anti-Semitism is on the rise in Europe. But in Europe’s only Muslim country, Jews say they couldn’t feel more at home, reports Maya Shwayder. (07.11.2016)