Off the back of a 3-1 win at home to Hoffenheim last weekend, Gladbach's relentless charge for success continues. The chance of creating history livens up their routine trip to Cyprus in Europe. 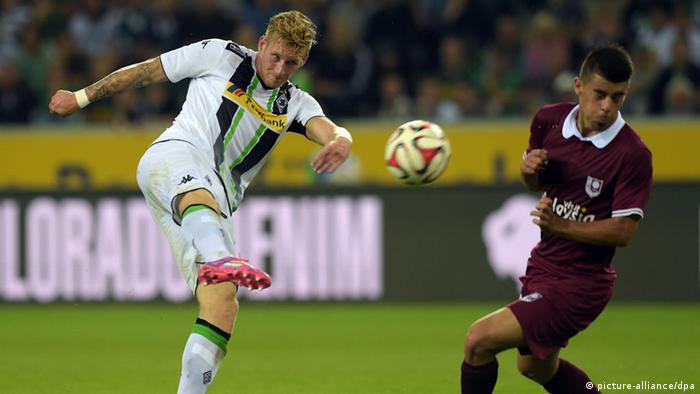 Borussia Mönchengladbach are rolling back the years in some style. Notwithstanding the retro-style kit, inspired by the original Foals of the 1970s, the Gladbach team of 2014 have already opened up a fresh page in the history books and are preparing to write their own records.

If Gladbach win in Limassol on Thursday night, Lucien Favre's men will have gone 18 matches without defeat, breaking the record set in the 1970/71 season. Perhaps more interestingly, in the 17 matches already played this season, the Swiss coach has picked 17 different starting eleven combinations.

In fact, the team's ability to rotate has appeared to be the cornerstone of their success. Gladbach are competing competently on three fronts, content with chopping-and-changing, especially in attack, between a hectic match schedule.

Gladbach travelled to Cyprus with a 21-strong party on Wednesday, which didn't include the impressive pairing of Max Kruse, sidelined with a thigh problem, and Swiss midfielder Granit Xhaka who is out for several weeks. 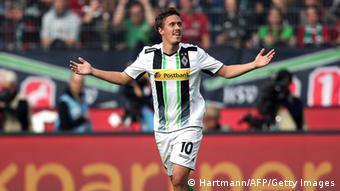 "We know we can expect a difficult opponent, but we're well prepared," said goalkeeper Yann Sommer. "We want to build on our last games and our goal is to survive the group stages."

Gladbach are in second-place behind Villarreal in their Europa League group and romped to a 5-0 win over Limassol in their home clash.

Meanwhile the other German club in the UEFA Europa League, Wolfsburg, will also continue their push for a spot in the knockout stages, hosting Russian side Kuban Krasnodar on Thursday night. Dieter Hecking's men managed to win 3-0 in the reverse fixture, a fortnight ago.

The Wolves are on four points from three games, trailing English side Everton by one point, but they are in good form domestically. Last weekend a four-goal thrashing of Stuttgart was enough for Wolfsburg to move into the top-three of the Bundesliga, four points behind runaway league leaders Bayern Munich.

"We must be wide awake against Krasnodar," said Hecking, while Croat Ivan Perisic, who scored a double at the weekend, tagged the affair as the "most important European match" for the club.