Another week, another action-packed 90 minutes of drama for Borussia Dortmund and their fans. It again ended in joy, but the victory was once again hard-earned for a side that likes to make it hard for themselves. 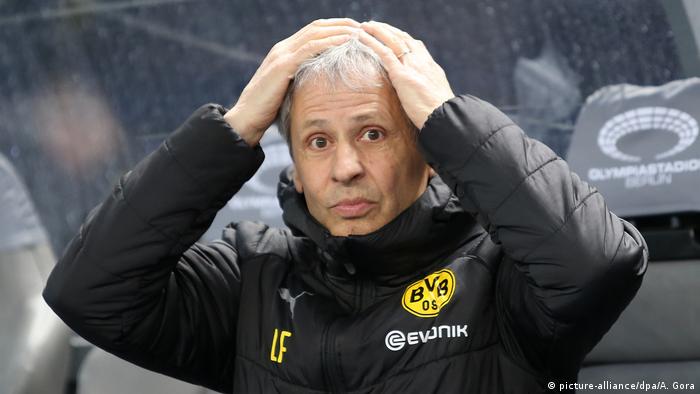 Everything about Borussia Dortmund victories at the moment is dramatic. Dortmund, who have scored a league high seven goals in the 90th minute or later this season, secured yet another league victory thanks to late heroics in the capital. In one of the most action-packed games of the season, there was perhaps no surprise that it was Marco Reus scoring a late winner from a Jadon Sancho cross. The victory though, comes with a warning for Dortmund.

There are two sides to Borussia Dortmund. The first was on show in the first half in Berlin. The team were slow, sloppy and reactive. The more of this Borussia Dortmund that appears in their final eight league games, the less likely they will be to win the title.

The side that came out in the second half though, they stand a chance of winning the title. That Dortmund team were fast, furious and dictating the tempo. This was the side that burst into a lead earlier in the season, the one that continued to defy its inexperience. There's no denying, especially after a battling victory against Stuttgart last time out, that this team has the mental strength to overcome adversity. Thomas Delaney said after the win in the capital that his legs were empty, his voice gone. This is a team capable of hauling themselves through the ugly phases of a game and coming out the other side as winners. 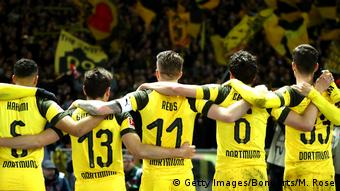 Marco Reus is the heartbeat of this side, and once again proved why

Beyond all of that brilliance though, lies a truth that Dortmund have done well to hide. Both the win against Stuttgart last time out and the one this weekend against Hertha were so full of drama and effort that they felt more like epic cup games. They were uncomfortable battles, perhaps because Dortmund allowed them to be. Errors have crept in, allowing opponents the chance to score. Roman Bürki made one against Hertha Berlin, and Julian Weigl was perhaps a little unfortunate in his handball but it was a penalty nonetheless. Nerves have followed. Christian Pulisic snatched at chances all game against Berlin, guilty of missing two that he normally finishes without thought.

Comfort is what Dortmund are missing. The comfort that prepares you for a fight against mid-table sides like Hertha, or relegation-strugglers Stuttgart. The comfort that reminds you that your quality is enough.

It bears repeating that this is a young side achieving more than expected, faster than expected. And now that they're in a title race, they are having to adapt to the pressure of having to win all the time. It is only natural that they don't have the comfort of Bayern Munich - who even under the new stewardship of Niko Kovac still know they have won the last six straight league titles - but they could really do with it right about now.

Without it, Dortmund are set for a rollercoaster finish to this season. The warning from the drama and joy of the last few weeks is that it cannot always end in joy. Perhaps that's just the way this side is destined to play it out in this dramatic Bundesliga title race. Perhaps it's the unbelievable ride that gives them an edge, but they look a side that could benefit from making their lives a little easier in the weeks ahead.

Even without Axel Witsel, Mario Götze and Paco Alcacer, Borussia Dortmund found something from somewhere to seal an epic comeback that sends them top in the tightest of title races. Marco Reus proved the hero again. (16.03.2019)