Marco Reus and Erling Haaland were on the scoresheet again as Borussia Dortmund eased past Mainz. But the third member of their attacking trio, new big-money signing Donyell Malen, is not yet off the mark in the league. 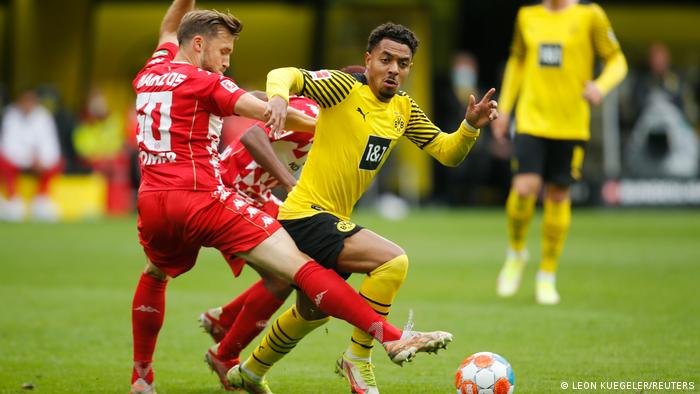 Sometimes, your luck just isn't in. Though his team didn't require any fortune to breeze past a toothless Mainz side and go top of the league, for now at least, Donyell Malen must be starting to wonder when things will turn for him.

The Dutchman was Dortmund's headline arrival before the season, an exciting forward who scored at a rate of one every two games in the Eredivisie for PSV, set the Bundesliga side back €30 million ($35 million) and would try to fill a Jadon Sancho-shaped hole.

But — as he was withdrawn with 23 minutes remaining and the game was won thanks to a powerful, early Marco Reus strike and a second half penalty from Erling Haaland — Malen had to accept an eighth Bundesliga game without opening his account.

As has often been the case this term, the 22-year-old looked threatening. His match, and league season so far, was probably best summed up just before the break. Malen picked up the ball in the left channel and immediately sent a perceptive, perfectly weighted pass through the lines to Haaland. The Norwegian hit the keeper with the shot before Jude Bellingham got in Malen's way as he tried to turn in the rebound and a defender cleared off the line. A potential assist and goal came to nothing. 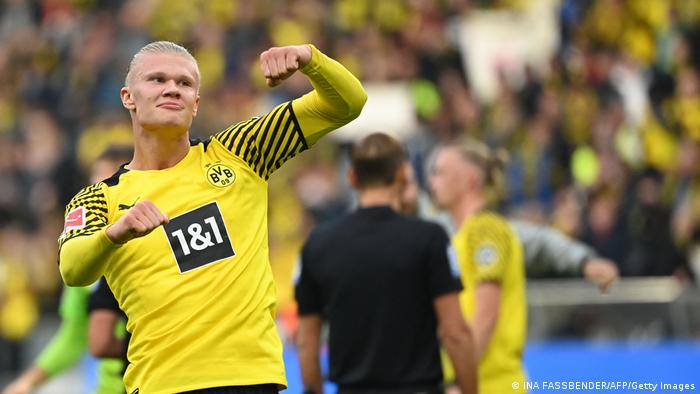 That moment demonstrates the limit of judging a player, even a forward, by goals and assists alone.

Malen has shown plenty of glimpses of his ability, including a match-winning display against Sporting in the Champions League, but it's also clear that he's not quite on the same wavelength as Reus, Haaland, Bellingham and others who have been playing together in yellow and black for some time. The way Bellingham and Haaland combined late on to steady Dortmund after a concession was a case in point.

Over in England, Sancho was withdrawn at a similar time in Manchester United's loss to Leicester, as his wait for a first Premier League goal goes on. Though neither has quite found their feet, their track records suggest that patience will be rewarded.

Patience is easier when you're sitting at the top of the pile. It's also easier  when you have a striker like Haaland, who is ably carrying the goal-scoring load, with nine in six league games. The Norwegian's form may be buying Malen more time — now he just needs a bit of luck to go with it.