Dortmund remain tight-lipped over who will coach the club next season, but Sebastian Rode has broken ranks. The midfielder says the players "fully expect to have a new coach next season." 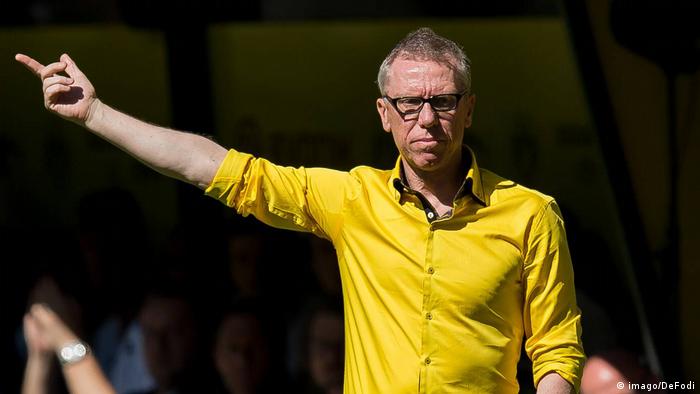 Speaking to Sky the day after the 2-1 home defeat to Mainz that has put Borussia Dortmund's Champions League qualification in doubt, Sebastian Rode said he wasn't expecting to see much of Peter Stöger after next week's trip to Hoffenheim.

"That's what we assume," the former Bayern Munich midfielder said. "The way he expresses himself in the locker room [means] we fully expect to have a new coach next season."

Stöger, who took Cologne back to the top flight and then in to the Europa League before being sacked after failing to win any of his 14 league games this season, took over at Dotmund on a temporary basis when the club sacked Dutch coach Peter Bosz in December.

While results have been decent enough to leave Dortmund's European fate in their own hands, there have been few fireworks under the Austrian coach, with Saturday's tepid defeat to Mainz a low point. 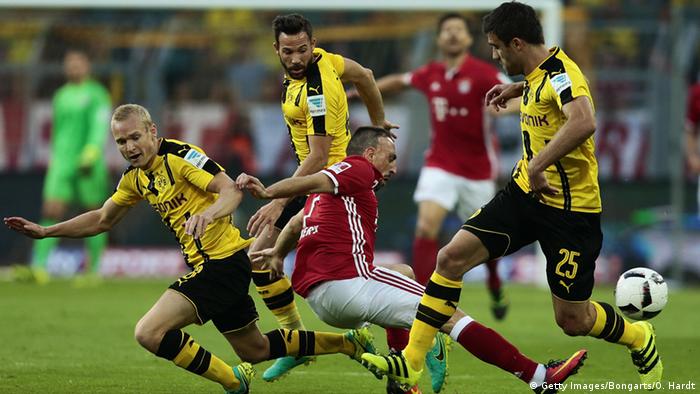 Sebastian Rode (left) hasn't featured in the Bundesliga this season

Club chairman Hans-Joachim Watzke was angered by Rode's commens, telling German football magazine kicker on Monday morning that the midfilder will be "sanctioned accordingly" for complicating Stöger's situation. Watzke and sporting director Michael Zorc have both suggested that the 52-year-old is in the frame for a permanent position, but Rode's words cast doubt on that.

Nice boss Lucien Favre has long been regarded as the favorite to get the gig in the close season and BVB are apparently willing to meet his €3 million ($3.5 million) release clause. Favre has previously coached Hertha Berlin and Borussia Mönchengladbach in the Bundesliga and Nice are currently 7th in the French top division.

After an injury-hit stint at Dortmund since joining from Bayern in 2016, Rode's future is also unclear. He has not appeared at all in the league this term but remains confident of a future at Signal Iduna Park.

"We didn't go as far as saying [that I should fulfill my contract]," the 27-year-old said. "First, it's about me getting healthy again. The plan is to be fit again for the summer preparation and then it's about presenting myself to the new coach. If I manage to find back to my old level then he will count on me."