Stanley Johnson, whose mother was French, obtained French nationality on Wednesday. He said he wasn't 'becoming French" but rather "I am French." 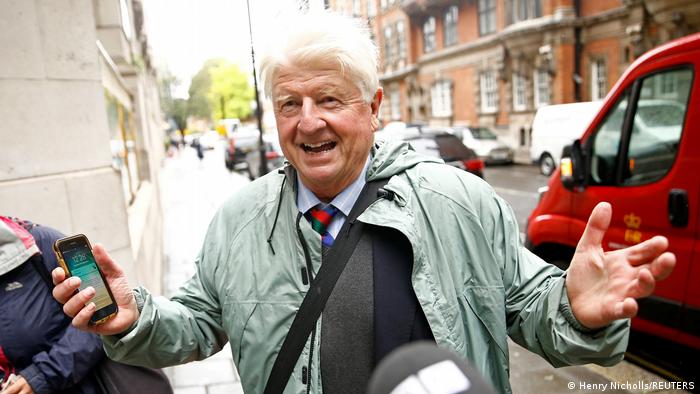 Stanley Johnson, the father of Boris, voted against Brexit but later changed his mind

The French justice ministry told the AFP news agency he obtained French nationality on Wednesday, adding "this decision concerns only Mr. Stanley Johnson and does not extend to his descendants."

Speaking in French in an interview with BFM TV, the 81-year-old said he was "very happy," and getting citizenship allowed him to "claim part of my identity."

He filed his citizenship application at the French consulate in London last November.

"I'll always be European, that's for sure," Stanley Johnson told RTL radio in December 2020, adding, "It's not a question of becoming French. If I understood correctly, I am French."

Stanley Johnson was a member of the European parliament, worked for the European Commission, and voted to remain in the European Union during the 2016 Brexit referendum, while his son Boris led the leave movement.

He applied for French citizenship in December 2020 before the UK left the European Union.

He has since said he was wrong about Brexit, writing in the Daily Telegraph that Ukraine made him rethink his position because of the "the naivety of our European neighbors in their handling this crisis."

According to the EU statistics agency, Eurostat, around 3,100 British people acquired French nationality in 2020, making France the second most popular choice for Britons after Germany.

Johnson's mother was born in France, and he was also understood to have made a declaration of French nationality, Le Figaro reported.

British people do not have to give up their UK nationality when becoming French citizens.