Bookseller arrests loom over Hong Kong′s anniversary | Asia| An in-depth look at news from across the continent | DW | 30.06.2016

The July 1 anniversary of Hong Kong's return to Chinese sovereignty is expected to be filled with protest. Feelings of trust towards Beijing have eroded over the past year through the case of the missing booksellers. 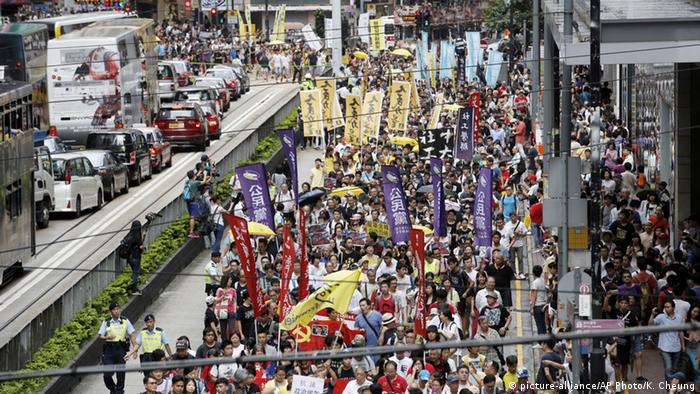 For the few booksellers in Hong Kong that carry forbidden texts claiming scandalous revelations about mainland elites, it's standard practice for their shops to be frequented by spies sent from Beijing. But things changed after a number of these sellers were arrested by Chinese security personnel - possibly even once on Hong Kong territory - without charges pressed or legal support offered.

Since negotiating its return to China in 1997 under the "one country, two systems" agreement, Hong Kong has enjoyed certain measures of autonomy from the mainland, largely involving its legal system and citizen rights. But the bookseller affair has worried many in Hong Kong, who see yet another example of the mainland's creeping interference in the territory's affairs.

"The encroachments on freedom of thought and expression in Hong Kong are very real," said David Bandurski, Chinese media expert at the University of Hong Kong. "The case with the booksellers is the most visible example at the moment."

The case of the missing booksellers

Last October, four booksellers traveling either in China's south or Thailand didn't return. A fifth, the 65-year-old publisher and British passport holder Lee Bo, disappeared from Hong Kong at the end of December. The matter had remained largely cloudy, until one of the taken suprisingly spoke up earlier this month. 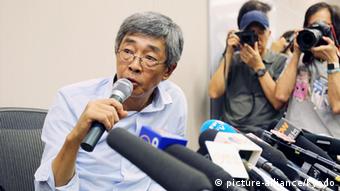 At a press conference in Hong Kong, Lam Wing-kee reported that he was arrested while heading to Shenzhen in October and brought blindfolded by train to Ningbo, a city south of Shanghai. He spent his first five months there under constant surveillance in an 18 square-meter large room, without contact to his family or a lawyer. He was forced to confess to selling illegal books in China. His confession was then broadcast over China's state media.

Allowed to temporarily return to Hong Kong on bail in June, Lam was given the assignment to bring back a file with the names of his customers, most from the mainland, at Causeway Bay Bookstore. He decided instead to take his story to the public. It was promply questioned by the Hong Kong's often China-friendly press, which spread critical statements about him by his mainland girlfriend and his former business partner.

"One country, two systems" in danger

Despite the media mud-slinging, many in Hong Kong saw the writing on the wall. "The kidnapping of Lee Bo and the ill treatment of Lam Wing-kee shows that the 'one country, two systems' is imperiled," said Willy Lam, expert on Chinese politics at the Chinese University of Hong Kong, in reference to Hong Kong's 1997 agreement with China.

Responding to the public outcry that the affair set off, Hong Kong's Chief Executive Leung Chun-ying sought to remind his Beijing colleagues of the territory's special sovereignty. "It is illegal for any overseas entities to enforce law in Hong Kong and we shall not accept it," he made clear. 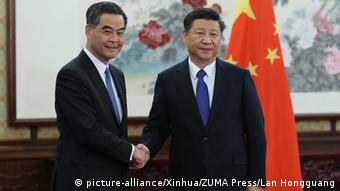 Leung has pledged to speak with Beijing, which has admitted that measures could be taken to "improve" communication between law enforcement authorities. But "no one has faith in the talks between Leung and the Ministry of State Security," Willy Lam told DW. "Leung has very little support in Hong Kong, and is seen widely as Beijing's submissive representative and enforcer." He is up for reelection as well, further diminishing his negotiating power.

There have been many demonstrations in Hong Kong against the arrest and treatment of the booksellers. Thousands came out recently for a rally after Lam Wing-kee's press conference. Many are expecting protests on July 1 too, the anniversary of Hong Kong's return to China.

Professor Lam says the whole affair has fed "the fear that personal safety cannot be guaranteed in Hong Kong," a resentment that "cuts across class divisions." But while trust in Beijing has eroded, "support for independence is restricted to a very small minority of people here."

Is the Chinese central government eroding Hong Kong's autonomy? We ask artists there. (27.06.2016)

Lam Wing-Kee has described how mainland authorities blindfolded, interrogated and held him isolated for months. He said Hong Kong would become helpless if he "remained silent." (17.06.2016)

Britain has expressed its strongest concerns yet about the disappearance and detention of a UK passport holder in Hong Kong. Lee Bo is among several booksellers being held for investigation by Chinese authorities. (12.02.2016)