An Afghan volleyball tournament has been turned into carnage by a suicide bomber. Officials in Paktika province say at least 45 people, mostly spectators, were killed. Hundreds had gathered to watch the match final. 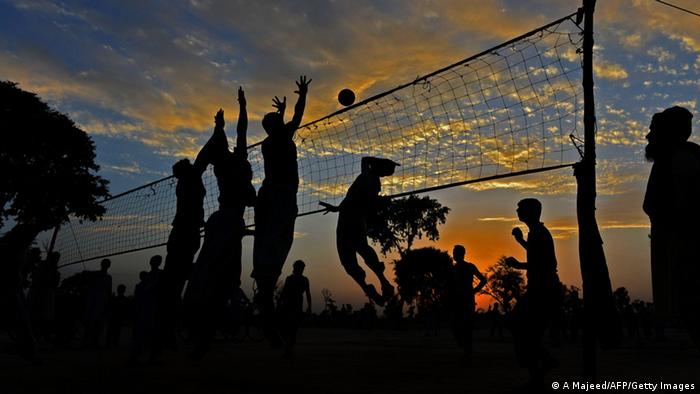 Afghan said most of the casualties were civilians. Multiple news agency reports said between 50 and 80 other people had been wounded.

"We have reports that many of them are in critical condition," Afghan told Associated Press and urged Afghanistan's central government to provide medical evacuation assistance.

Paktika's Deputy Governor Attaullah Fazli said the attacker had arrived on a motorcycle.

"A lot of people including some provincial officials and the police chief were there," Fazli told the news agency AFP.

Volleyball is a popular sport across Afghanistan. Sunday's adult-league tournament was watched by people of all ages, officials said.

A doctor as Paktika's main Sharan Hospital said 20 of those wounded were children.

Paktika borders Pakistan and is one of Afghanistan's most volatile regions.

Sunday's incident follows a string of attacks this year widely attributed to Taliban insurgents and other jihadist militants, and comes as US-led NATO combat units continue withdrawals due to be completed by late December.

Earlier on Sunday, Afghanistan's lower house of parliament approved agreements that will allow about 12,500 NATO-led troops to stay on next year.

On Friday, the New York Times reported that a new authorization issued by US President Barack Obama would also allow the deployment of US military jets, bombers and drones.

Afghan police and army commanders, whose forces have endured heavy losses in recent months, have welcomed the US announcement.

"This is a decision that we needed to hear, " said Khalil Andarabi, the police chief of Wardak province.

Since the start of 2014, more than 4,600 Afghan security force members have been killed.

"Right now we don't have heavy weapons, artillery and air support. If Americans launch their own operations and help us, too, then we will be able to tackle Taliban," said senior police detective Asadullah Insafi in eastern Ghazni province.

The Taliban said it is undeterred by the US announcement.

A Taliban spokesman, Zabihullah Mujajhid, said the insurgents were undeterred by the US announcement.

"They will continue their killings, night raids and dishonor to the people of Afghanistan in 2015. It will only make us continue our jihad," he told Reuters.