At least two people have been killed and 20 others have been wounded in separate explosions in eastern Afghanistan. Witnesses have said the explosions targeted Taliban vehicles. 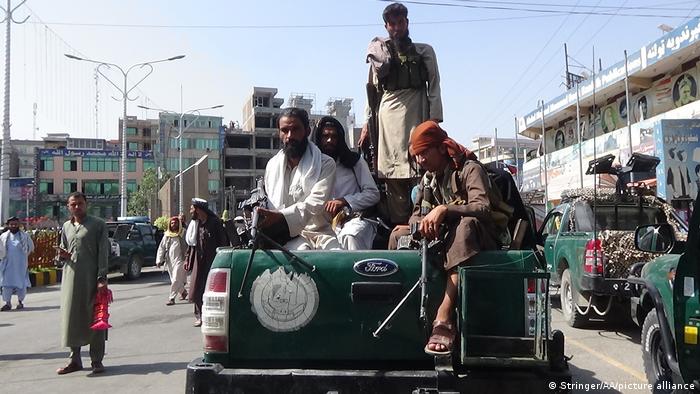 Taliban members patrol the streets of Jalalabad city, where the blasts took place

Three explosions that targeted Taliban vehicles in Jalalabad — the capital of Afghanistan's eastern Nangarhar province — have left at least two dead and 20 wounded, a health official and local media reported on Saturday.

At least one of the blasts targeted a police vehicle that was carrying some Taliban fighters, one source, who did not wish to be named, told Germany's dpa news agency.

A hospital source in Nangarhar province said at least two bodies and 19 wounded people have been taken to the hospital so far, dpa reported.

No one immediately took responsibility for the attack.

It remains unclear whether Taliban members were among the dead and injured.

Also on Saturday, a sticky bomb exploded in Kabul injuring two people, according to police officials. 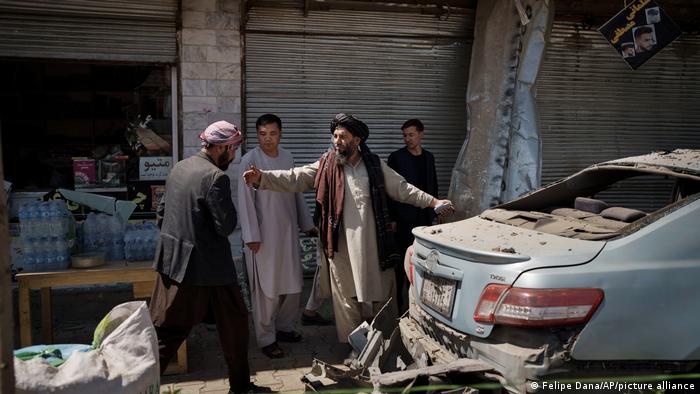 The target of the bomb in the Afghan capital was not immediately clear.

The attacks are the first fatal blasts since the Taliban established a new government in Afghanistan after taking control last month.