Fears of violence marred Saturday's opening of a summit gathering with US President Barack Obama and Latin American leaders when four small bombs exploded in Colombia. 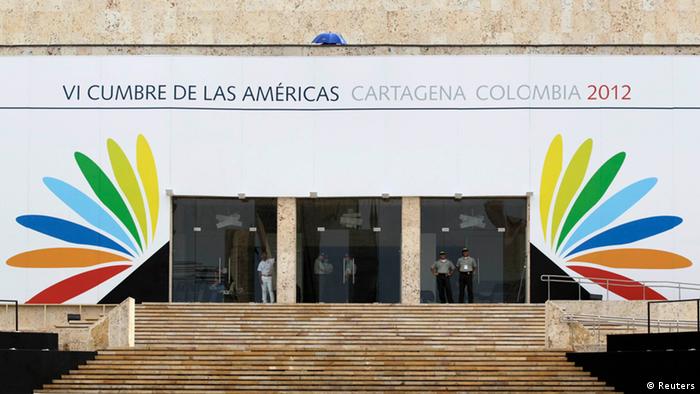 Two of the crude devices detonated in the Colombian resort city of Cartagena, where the summit was to be held, just hours after the US leader arrived for regional talks set to focus on the vicious drug wars in the region.

Two other small bombs exploded earlier near the US Embassy in the capital, Bogota, in an area which is also home to important government buildings.

It was not immediately clear who carried out the bombings, but Bogota and other major Colombian cities have been the site of urban guerilla attacks for decades. The incidents did not affect preparations for the summit, nor the dinner between President Obama and his host Colombian President Juan Manuel Santos last Friday.

Prior to the dinner, Santos said Washington should concentrate more on its alliances with neighbors in Latin America, rather than focus on faraway conflicts, like Afghanistan. He made the comments in a speech to hundreds of business people from North and South America before the Organization of American States (OAS) began its sixth summit, attended by more than 30 heads of state.

Two issues are expected to dominate the summit agenda: the pros and cons of drug legalization and Cuba's continued exclusion from the OAS summit. These two issues highlight the growing divide between Washington and the increasingly assertive and independent Latin American bloc, led by Brazil.

Before leaving the US capital, Obama made it clear in an interview with Latin American newspapers that he rejects the idea of decriminalizing drugs. On Cuba, he insisted that Havana had failed to demonstrate any willingness to change its relationship with the US, or to respect the rights of the Cuban people.

Havana's exclusion from the summit, however, prompted Ecuador's Rafael Correa to stay away, while Bolivian President Evo Morales said on arrival Friday that he was convinced the summit would be "the last without Cuba."

In an embarrassing incident, some 12 US Secret Service agents sent to protect Obama were sent home for alleged misconduct involving prostitutes in Cartagena. A US official said the allegations were related to activity before the president's arrival and had no impact on security.