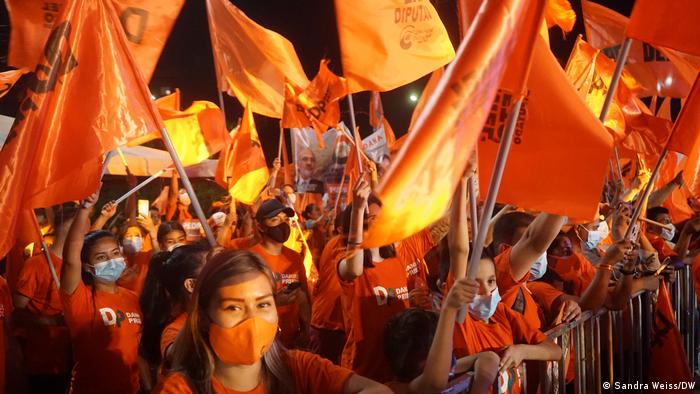 When Bolivians head to the polls on October 18 to vote for a new government and parliament, ex-President Evo Morales won't be on the ballot — for the first time in almost two decades.

Morales, an Argentinian exile, has fielded his former minister and close ally, Luis Arce, as the Movement for Socialism (MAS) party candidate. Speaking at a campaign rally in Santa Cruz this week, Arce promised Morales’ party would make a comeback: "They pulled a gun on us and forced us out of office, but we will be back." Polls show that between 30% and 40% of Bolivians want to see the MAS in power again.

Many of the country’s indigenous peoples, farmers and urban poor hope the MAS will lead Bolivia out of the coronavirus crisis and bring the economy back on track. A sizable portion of Bolivians, however, have become thoroughly disillusioned with the party, its authoritarian tendencies and nepotism. They would hate to see a return of Morales, who they say has supported cocaine farmers. "If MAS wins the election, there will be no mercy for the opposition," says Alejandro Colanzi, a former opposition lawmaker and university professor. 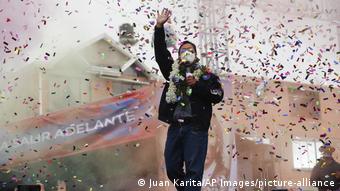 Bolivia has been in turmoil since last year’s presidential election. Morales, accused of having rigged the vote, was forced to step down by the Bolivian army. He was succeeded by a conservative interim government headed by Jeanine Anez, who kept postponing fresh elections due to the coronavirus pandemic. As a result, Bolivia has been experiencing political instability for many months now.

The upcoming vote is designed to finally bring calm to the country. But Maria Teresa Zegada, a sociologist at Cochabamba University, doubts this will happen. "MAS is threating not to recognize a disadvantageous election result." The expert argues that if the Bolivian opposition wins, it "will be permanently confronted with pressure from social movements, which are controlled by MAS." Zegada thinks Bolivia could experience a prolonged political instability not seen since the 1990s.

Businesses, in particular, are concerned about the prospect of political unrest. "We need stability so we can plan ahead, and we need the state to support private companies instead of making things difficult for them," says Pedro Colanzi of the Santa Cruz-basedBolivian Institute of Foreign Trade. The city is home to 30% of Bolivia’s total population. It also generates more than a third of its gross domestic product.

Bolivia is a deeply polarized country when it comes to economic and political power, a situation made worse by ongoing tensions between Bolivia’s indigenous and non-indigenous population. Taken together, these factors make it very challenging to govern.

"If the MAS wins, we could face authoritarianism — but the opposition has made mistakes as well and failed to seize a great opportunity," says Alejandro Colanzi, a former Unidad Nacional party MP. Many Bolivians are appalled by interim president Jeanine Anez and her allies, who have become embroiled in corruption scandals and spouted extremist religious sentiments and racial slurs. Anez, for instance, referred to the country's indigenous peoples as "savages." Many believe she and her ministers only care about their personal gain, settling scores, and undoing Morales' social policies.

The country’s opposition, meanwhile, is divided. Moderate university professor Carlos Mesa, who is expected to take roughly 30% of the vote, is supported by the country’s urban, liberal, middle class. 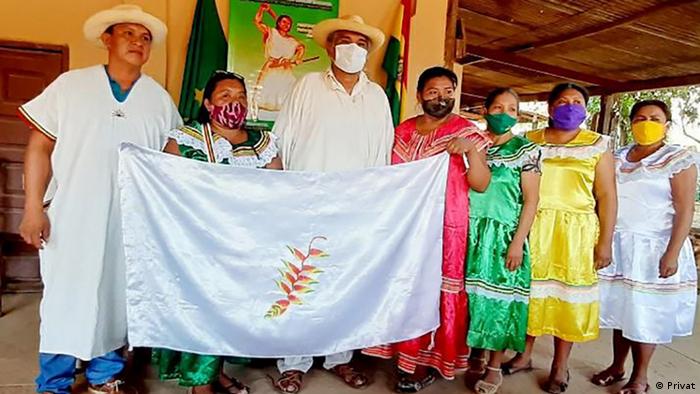 Bolivia’s conservative, business-minded elite, meanwhile, is rooting for right-wing populist Luis Fernando Camacho, who is projected to win about 15% of the vote. Some have called for Camacho to drop out of the race to boost Mesa’s chances. Camacho rejects this because of his animosity towards the professor. Moreover, Zegada argues, the economic elite hopes that a small, pro-business parliamentary group will lend it the power to make or break majorities.

Presidential candidate Luis Arce is likely to benefit from a divided opposition. According to Bolivia’s electoral laws, he just needs 40% of the vote — and a ten-point lead over the runner-up — to win the presidency. Political scientist Diego von Vacano is convinced Luis Arce would be good for the country at this point in time: "Arce is not like Morales; he is a cosmopolitan technocrat and the only guarantee that Bolivia will not return to neoliberalism and privatize its lithium reserves."

Concerns for the future

No matter who wins Sunday’s election, governing Bolivia will prove challenging. "MAS has a reformist faction that supports Vice President David Choquehuanca instead of Arce and Morales; so tensions are inevitable," says Zegada.

Roger Cortez, a socio-economics expert, predicts problems ahead. "MAS propagates an outdated economic model based on state capitalism and the exploitation of natural resources." In addition, he says, "the pandemic has pushed between one and two million Bolivians back into poverty." Cortez does not think slash-and-burn farming and gene modified crops in Bolivia’s plain are sustainable either.

Mesa has promised a new economic approach, yet remained vague on details. In any case, it will prove hard to generate majorities in such a fragmented parliament. Many ordinary Bolivians, therefore, are quite pessimistic about the future. An online survey conducted by Germany’s Friedrich Ebert Foundation found that 78% of respondents see Bolivia’s situation worsening, while 57% said they expect an upshot in violence during and after the election. Meanwhile, a staggering 80% said they are concerned about the state of the economy and growing poverty.