Boko Haram militants have struck back at troops on Nigeria's borders. At least 200 militants have died in a joint offensive by Chad and Nigerian armies. 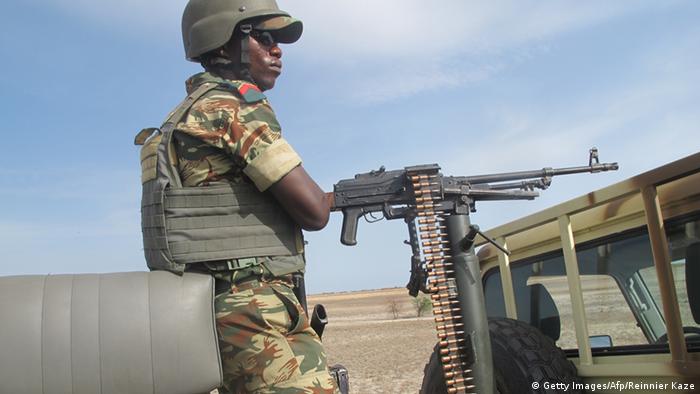 Boko Haram fighters went on a rampage on Wednesday, killing nine Chadian soldiers and injuring 21 others at Fotocol, Nigeria's town bordering Cameroon. The town serves as the base of the Multinational Joint Taskforce - a coalition of Chad, Nigeria and Cameroon - in its fight against the Islamist group.

However, Chad's 2,500-strong army was successful in pushing back the Islamist Boko Haram militants, who control large areas of northern Nigeria.

"The insurgents have been driven out. They tried to surprise us because the Chadian troops who were in Fotocol had crossed over to Nigeria," Cameroonian Foreign Minister Issa Tchiroma told Reuters news agency.

The onslaught occurred one day after Chadian troops killed 200 alleged militants in a major offensive to counter the terror group.

"Our valiant forces responded vigorously, a chase was immediately instituted all the way to their base at Gamboru and Ngala [in Nigeria], where they were completely wiped out," army spokesman Colonel Azem Bermendoa announced on national television on Tuesday.

Nigerian and Chadian war planes have been bombing Boko Haram's hideouts since Monday with Nigeria's army facing severe criticism for failing to rein in militants ahead of the presidential and parliamentary elections on February 14.

African Union politicians are now meeting in Cameroon to finalize a mandate for a 7,500-strong multinational force to confront the extremists. Boko Haram members have killed more than 13,000 people in Nigeria's north, where they control nearly 130 villages.