At least 150 people have died in Nigeria's northeast in a Boko Haram attack. The victims either drowned in a river or were shot dead by gunmen while fleeing the Islamists' last week raid on their village, said residents. 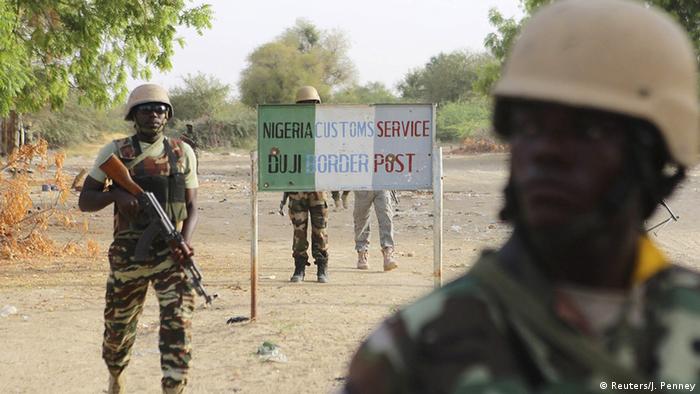 The incident happened on Thursday, last week, according to the inhabitants of the remote Kukuwa-Gari village in Nigeria's northeastern Yobe state.

The militants had raided the village on motorbikes and cars, spraying bullets on the villagers.

"They opened fire instantly, which forced residents to flee. They shot a number of people. Unfortunately, many residents who tried to flee plunged into the river which is full from the rain. Many drowned," Modu Balumi, a village resident, told the AFP news agency on Tuesday.

"By our latest toll we have 150 people either shot dead or drowned in the attack. The gunmen deliberately killed a fisherman who tried to save drowning residents of the village," he added.

The state officials confirmed the attack but put the deal toll at around 50.

The news of the attack came out late because the Boko Haram gunmen had destroyed telecommunication poles around the village, which is about 50 kilometers from the state capital, Damaturu.

Boko Haram has killed more than 15,000 people since 2009 and has increasingly spread across the country's borders, with Chad and Cameroon suffering deadly suicide bombings in recent months.

The group has increased attacks in Borno since Muhammadu Buhari was elected president at the end of May. Since then, more than 900 people have been killed in Nigeria alone, according to statistics compiled by AFP.

Buhari has vowed to crush the insurgency, announcing that Nigeria would step up domestic arms manufacturing for its military.

In an audio message released on Monday, Abubakar Shekau, the leader of the terror group, denied he had been killed or ousted. Chad's premier had earlier claimed that Shekau was replaced by a leader open to talks.

The eight-minute audio message is Shekau's first public message since he pledged allegiance to the "Islamic State" group in March.