German premium automaker BMW is ordering several billion euros worth of batteries for electric cars from a Chinese manufacturer. The move suggests that cultivating a European producer now seems even more remote. 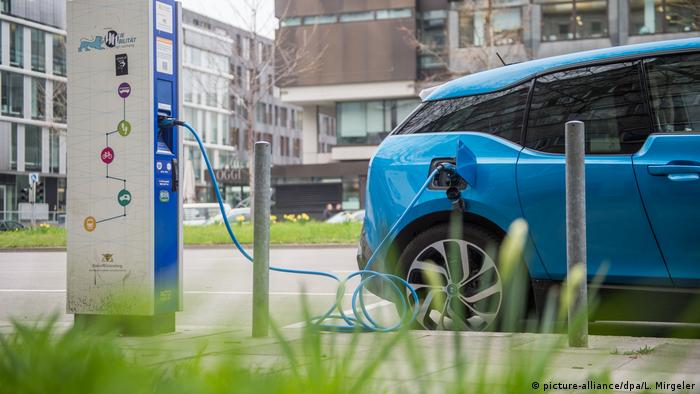 In an interview for the newspaper, the carmaker's chief executive, Harald Krüger, confirmed the deal, while Reuters reported that in return for the order, CATL had agreed to build a special battery cell factory near the German city of Erfurt to support BMW.

Krüger for his part argued that a European producer would only make sense if it were competitive, adding that for now BMW needed a supplier "who's already on the market." His comment followed earlier statements saying that BMW's top priority was to have a battery supplier that was nearby.

Put off by low margins?

EU Energy Commissioner Maros Sefcovic, as well as several heads of government including German Chancellor Angela Merkel, have recently thrown their weight behind a European Union-based producer, warning that it would not be a good idea for automakers inside the bloc to be wholly dependent on predominantly Asian suppliers like China and South Korea.

To some analysts, Germany's Bosch had long seemed a suitable candidate to step into the breach. But the company, which is one of the world's largest suppliers of auto parts, announced earlier this year that it would make no sense for it to enter this high-cost, but low-margin competitive market.

Bosch estimated that it would require a €20 billion ($23 billion) investment to get a battery production plant up and running.

Handelsblatt reported that while placing a huge order with China's CATL, BMW was also investing €200 million in its own battery research unit in Munich, saying that the focus was on developing high-density batteries "that would significantly increase the range for electric engines."