In an interview with an Argentine newspaper, the banned ex-FIFA president has claimed that he has seen draws for major European football tournaments rigged. But Blatter said he was not involved. 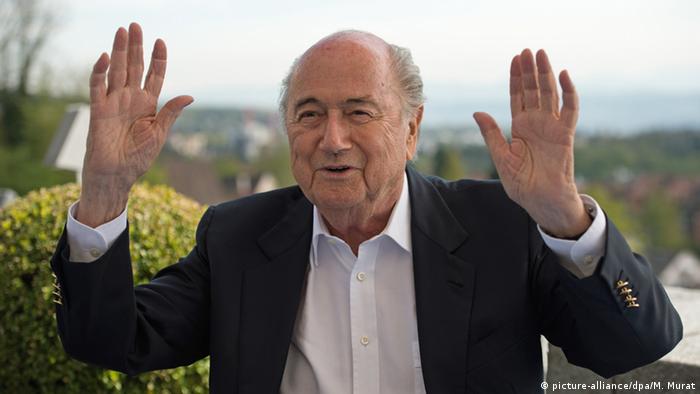 The former head of world football, Sepp Blatter, has revealed that he witnessed fixed draws for UEFA competitions. Speaking to Argentine newspaper La Nacion, the 80-year-old said draws were rigged using "hot and cold balls" but he adamantly denied ever being involved.

"I never touched the balls," said Blatter. "Of course, you can mark them [by] heating them or cooling them," he said."I witnessed draws at the European level where that happened. But never at FIFA. Of course it can be done."

Blatter refused to elaborate on which competitions had been rigged, but offered an explanation to the process.

"You put the balls in the refrigerator beforehand," he said. "Just by comparing one and the other when you touch them you can tell the cold balls from the hot. When you touch them, you know what they are."

Blatter was given an eight-year suspension by FIFA's Ethics Committee following a two million dollar payment to suspended UEFA president Michel Platini. A judgment from the Court of Arbitration for Sport (CAS) saw the ban reduced to six years.

In February, Gianni Infantino was elected as the ninth FIFA president at an extraordinary congress. But his disgraced predecessor, who served four terms in office, believes he is still technically the president of world football's governing body.

"From a legal point of view I continue being the president of FIFA, because the congress never revoked my mandate," he said. "Because the statutes say that to vote for a new president you have to revoke the mandate of the previous one. I haven't said it until now because I don't want to make a scene."