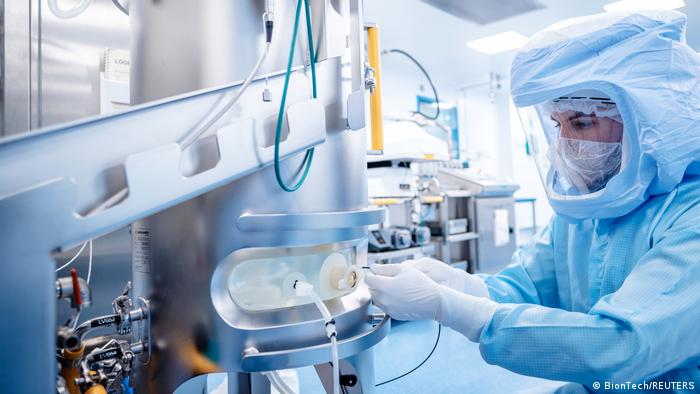 BioNTech wants "to help eradicate malaria" by using the same breakthrough mRNA technology it used to develop its coronavirus vaccine, the pharmaceutical company said on Monday.

The Germany-based group said it aimed to begin clinical malaria vaccine trials by the end of 2022.

If successful, the shot could be a major development in the fight against malaria, which kills more than 400,000 people a year — mainly young children in Africa. The disease is caused by a parasite that commonly infects a certain type of mosquito which feeds on humans.

"We will do whatever it takes to develop a safe and effective mRNA-based malaria vaccine that will prevent the disease, reduce mortality and ensure a sustainable solution for the African continent and other regions affected by this disease," BioNTech CEO Ugur Sahin said in a statement.

The project is backed by the World Health Organization, the Africa Centers for Disease Control and Prevention and the European Union.

BioNTech, which developed the first widely approved coronavirus shot together with US partner Pfizer, said it is also hoping to establish an mRNA vaccine production unit in Africa. The continent has so far struggled to get sufficient supply of coronavirus vaccine doses.

EU: 'A revolution in medical science'

"We are witnessing the start of a revolution in medical science, the revolution of messenger RNA," European Commission President Ursula von der Leyen said Monday.

"Eradicating malaria is now a realistic goal and now we know that it can be achieved already in this generation."

Scientists believe mRNA technology, which prompts an immune response by delivering genetic molecules containing the code for key parts of a pathogen into human cells, could be a game-changer against several diseases.

Using this technology is also a faster way of developing a vaccine than traditional methods and could bring an end to the decades-long search for a reliable malaria shot.

Coronavirus: US will not lift travel restrictions, citing delta variant

The highly infectious delta variant is currently causing a surge in cases across the United States. Washington wants to remain cautious before opening up.