Biofuels Linked to Soaring Food Prices | Germany| News and in-depth reporting from Berlin and beyond | DW | 13.04.2008

Debate continues to rage over food shortages, rising costs and the link to biofuel production. German cabinet ministers are not in complete agreement over how much biofuels are to blame for food problems. 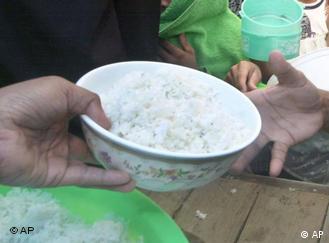 High food prices have led to riots in the developing world

"Thousands, hundreds of thousands of people will be starving" and social unrest could lead to war, said Strauss-Kahn on Saturday, April 12, at an IMF meeting in Washington.

Skyrocketing prices of commodities like rice, wheat, corn and milk have led to riots in developing countries around the world this month, including Indonesia, Egypt, the Philippines and Haiti.

Some experts and government leaders are blaming the price fluctuation on increased biofuel production, which requires a fair amount of agricultural land. High energy prices and inflation are also seen as culprits.

Call for reconsideration of biofuel goals 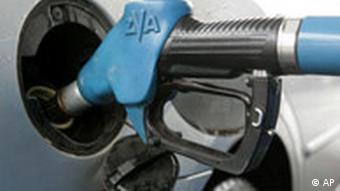 It is "unacceptable for the export of agro-fuels to pose a threat to the supply situation of the very people already living in poverty," Development Minister Heidemarie Wieczorek-Zeul said Saturday in a statement prior to the IMF meeting.

"The targets for [fuel] blends must be put to the test."

EU leaders agreed last year to obtain a tenth of all transport fuel from biofuels by the year 2020 as part of a comprehensive package aimed at fighting climate change.

Biofuels are made from crops like corn, wheat, sugar and palm oil, which are refined into ethanol or oil. They are used as an environmental friendly alternative to gasoline and diesel as they release lower quantities of CO2 when burned. Both Europe and the US subsidize biofuel production.

But also on Saturday, Germany's Environment Minister Sigmar Gabriel downplayed the effect biofuels have had on global food prices. 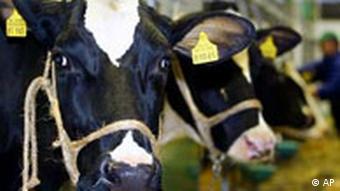 "We can meet the 10 percent target through biofuel production in the European Union [and imports of] raw materials, which do not lead to a conflict with food or rainforests," Gabriel told reporters Saturday on the sidelines of an EU environment meeting in Slovenia.

"The big competition is not between the use of biomass for energy and food but between feed and food," said Gabriel. "The consequences of the growing demand for meat and milk are that more land is used for fodder, and this development is just made worse by the biofuels."

According to the Food and Agriculture Organization, 37 countries currently face food crises. The World Bank, an institution tasked with fighting poverty, is to continue food shortage discussions at a meeting in Washington on Sunday.

The German government's plan to introduce a new biofuel blend may now be postponed. Far too many cars are not able to process the fuel, industry sources said, putting a dent in the environment plan. (03.04.2008)

Ships, cars, motorcycles, trucks -- diesel engines are found everywhere. Its inventor, who died a mysterious premature death in the British Canal, would have turned 150 on March 18. (18.03.2008)

Would adjusting biofuel goals ease the current food shortages? Please include your name and country in your reply.