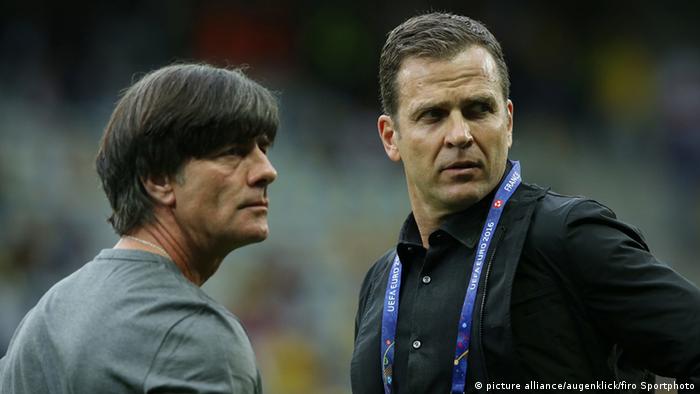 "I see France as slight favorites," Bierhoff said speaking in Evian on Tuesday. "They have a lot of big results, they do not have any 120 minute games in their bones and they are playing in front of their fans in Marseille."

France beat Iceland 5-2 in their quarterfinal on Sunday to reach the last four of a major tournament for the first time in 10 years. Olivier Giroud scored two goals and Antoine Griezmann put the game out of reach in the first half with a classy chip. Those were two performances that caught Bierhoff's eye.

"Griezmann is a very decisive player. Giroud can use his body well," Bierhoff said. "The French have a lot of individual quality."

"The French have more and more self confidence," he continued. "Didier Deschamps did a very good job. The team has grown up under him."

Germany reached the semifinals after a tough bout with Italy, one that ended after Jonas Hector scored the winning goal in the penalty shootout.

The team is now struggling with injuries, with striker Mario Gomez ruled out of the tournament and midfielder Sami Khedira not fit for Thursday. Germany captain Bastian Schweinsteiger and defender Benedikt Höwedes only trained individually on Tuesday because of knocks.

Germany and France face off on Thursday in Marseille, the second semifinal of Euro 2016. Wales take on Portugal on Wednesday.