Biden to host 'Quad' leaders for summit to counter China

Joe Biden will host prime ministers of India, Japan and Australia at the White House for the first Quad summit. COVID-19, climate change and China are expected among the key issues at the meeting. 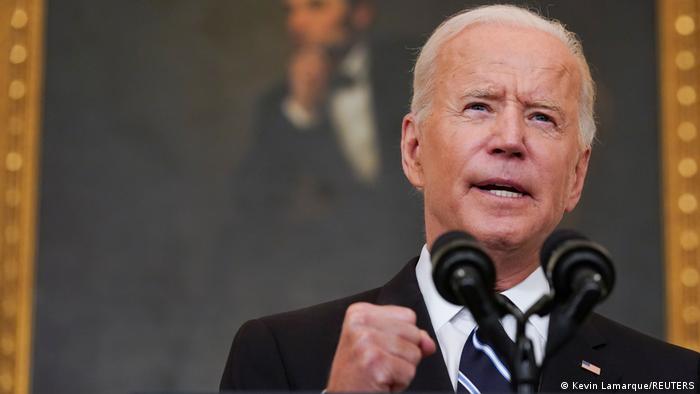 US President Joe Biden will host for leaders of the "Quad" nations — India, Japan and Australia — in Washington for an in-person summit on September 24, the White House announced Monday.

This will be the first-ever gathering of leaders from the group of four, Quadrilateral Security Dialogue, which has been seeking to enhance cooperation to counter an increasingly assertive China.

"The Biden-Harris Administration has made elevating the Quad a priority," White House Press Secretary Jen Psaki said in a statement.

"Hosting the leaders of the Quad demonstrates the Biden-Harris administration's priority of engaging in the Indo-Pacific, including through new multilateral configurations to meet the challenges of the 21st century," she said.

The meeting is expected to bring "decisive" commitments on COVID-19 vaccine diplomacy and a counter to China's Belt and Road infrastructure initiative.

The leaders "will be focused on deepening our ties and advancing practical cooperation on areas such as combating COVID-19, addressing the climate crisis, partnering on emerging technologies and cyberspace, and promoting a free and open Indo-Pacific," Psaki said.

The group held a virtual summit in March where they pledged to work closely on COVID-19 vaccines and combating climate change.

They also vowed to ensure a free and open Indo-Pacific amid growing Chinese aggression in the region.

US, India pledge to strengthen Quad

The talks are also likely to touch upon the crisis in Afghanistan as well as present a unified front at the G20 summit in Rome in October, according to Japanese media outlets.

US Republican Senator Bill Hagerty, a former envoy to Japan, welcomed the announcement of the summit.

"Biden's Afghanistan withdrawal debacle made India's neighborhood more dangerous & raises legitimate questions for Japan and Australia as well, so it's good we will be hosting Quad partners soon," he said on Twitter.

"We must repair & renew our alliances, and this one is key."

The summit is expected to be one of the last international visits for Japanese Prime Minister Yoshihide Suga who announced early this month that he won't stand for re-election. 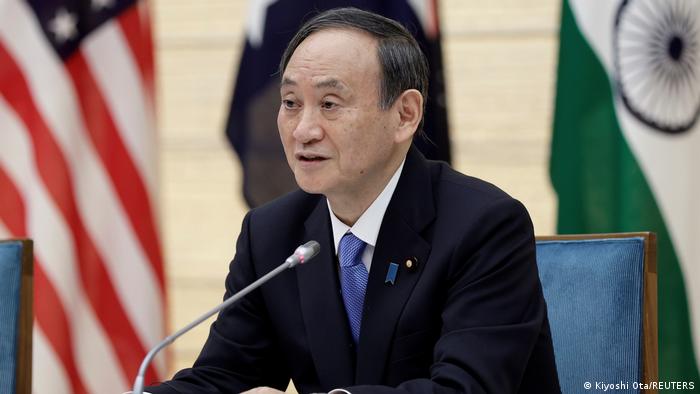 He will be replaced as the leader of the ruling Liberal Democratic Party on September 29, ahead of general elections later this year.