The first stop on President Biden's eight-day European tour is the G7 summit in Cornwall, England. His main aim is to revive the transatlantic partnership and formulate a shared US-Europe stand on Russia. 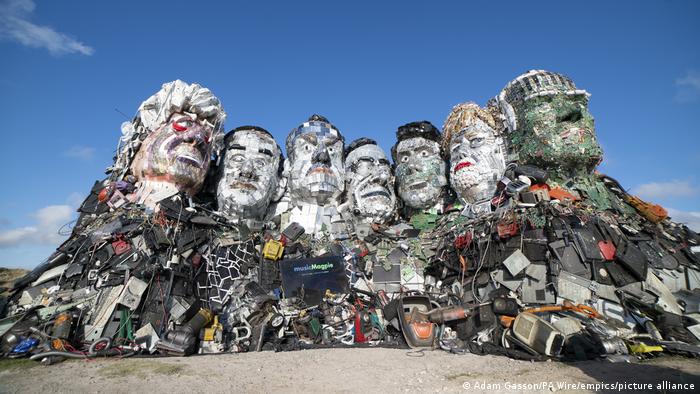 Eight days, four countries, three summits: Joe Biden's first trip to Europe as US president will be busy. First, he will take part in the G7 summit in Britain's Carbis Bay before going on to the Belgian capital for a NATO summit, which will be followed by an EU-US summit. On Wednesday, he is slated to meet his Russian counterpart Vladimir Putin in Geneva. He is also scheduled to take part in a number of bilateral conversations, including with German Chancellor Angela Merkel and Queen Elizabeth II.

The US president's national security adviser Jake Sullivan made it clear in Washington that the trip was primarily to unite Western democracies against authoritarian systems in Russia and, particularly, China. An EU diplomat said that from the European point of view, "the pandemic, climate change and the benefits that free democracies can bring to the world" would be crucial issues in meetings with Biden.

The host of the G7 summit, British Prime Minister Boris Johnson, who aims to present post-Brexit Britain as a globally active opinion leader, has invited other big democracies such as India, South Africa, Australia and South Korea as guests. He envisages a new "alliance of democratic states."

Biden's China blacklist is about 'security and values'

But political analyst Jana Puglierin, the head of the Berlin office of the European Council on Foreign Relations, told DW that Biden could not expect to forge a solid "alliance against China" during this trip.

"It will be a balancing act," she said, pointing out that France and Germany had their own ideas and were both willing to cooperate with Beijing on the economy and the climate crisis. Even though the EU has imposed sanctions on certain Chinese citizens in reaction to the persecution of the Uyghur minority in China, she said, it had not been as clear as the US in its condemnation of the situation in Hong Kong.

Puglierin added that for Biden it was particularly important that by the end of the summits, the West had made a clear commitment to more investment in order to resist China's influence in Africa and Eastern Europe. "The idea is that a kind of global infrastructure partnership should emerge from the G7 summit with emerging economies so that they can become greener," she said. "This could be an alternative to the 'Belt and Road Initiative' without it being said that China should be contained." The US also wants NATO to deal more with military threats from China without losing sight of Russia as the main menace in Europe. 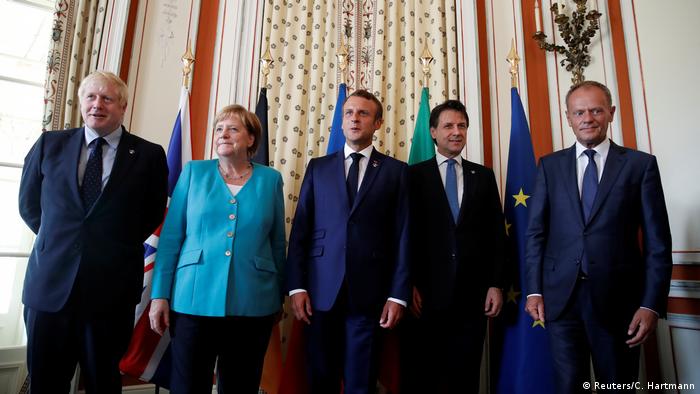 In 2019, before the pandemic, G7 leaders met in Biarritz

West has to show unity

Puglierin did not have great expectations from the meeting between Biden and Putin in Geneva since the conflicts over Ukraine and Belarus had reached a deadlock, but she said that it was important that Biden send a clear a signal that the West was once again speaking as one voice.

The various meetings would thus serve as a means of fine-tuning the different positions. German Green Member of European Parliament Reinhard Bütikofer said that in contrast to his predecessor, Biden sees the Europeans as valuable partners.

"There is a good atmosphere. There's the will to engage. It's completely different from before," agreed another EU diplomat.

The EU-US summit in Brussels is expected to help rectify the damage caused by the trade disputes and punitive duties that former US President Donald Trump put in place during his term. Though a draft of the declaration looks positive, Puglierin warned against too much euphoria, adding that there was some doubt on the part of European observers that Biden would really follow through on the new US course of international cooperation.

Germany's Transatlantic Coordinator: We can build a 'New West'

There are still a number of bones of contention between the two sides, such as the withdrawal of troops from Afghanistan, the dispute over the Nord Stream 2 gas pipelineand the US suggestion to temporarily suspend patents on COVID-19 vaccines, which the EU has rejected preferring to broaden licensing regulations regarding the production of vaccines.

Johnson has said that the world's rich countries should give more doses to poorer countries, while the EU is already exporting a large proportion of the vaccines produced. The US and Britain are set to follow suit in order to boost the UN-backed COVAX initiative. 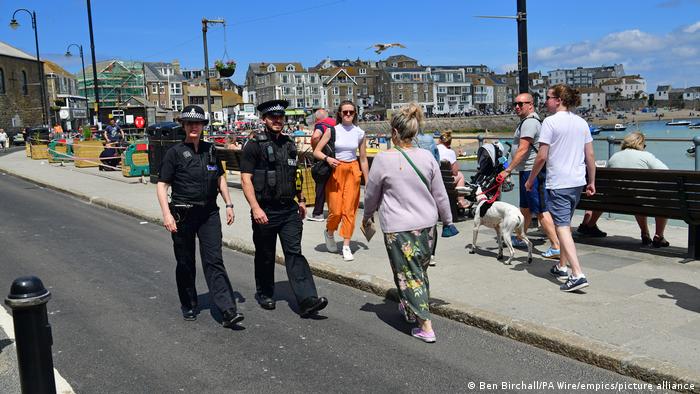 6,000 police officers have been deployed in Cornwall

When leaders gather on Britain's beautiful Cornish coast for their three-day G7 summit, it will be the first time that they will have met in person in two years.

"That will make life much easier after the pandemic," said one EU diplomat.

However, strict COVID-19 regulations will be in place for the delegations and journalists alike and this will not be a "normal" summit like the last non-virtual summit in Biarritz in 2019. The usual anti-G7 demonstrations will not be "normal" either. Few protesters are expected by Oxfam, Attac and other NGOs. Some 6,000 police officers have been deployed.