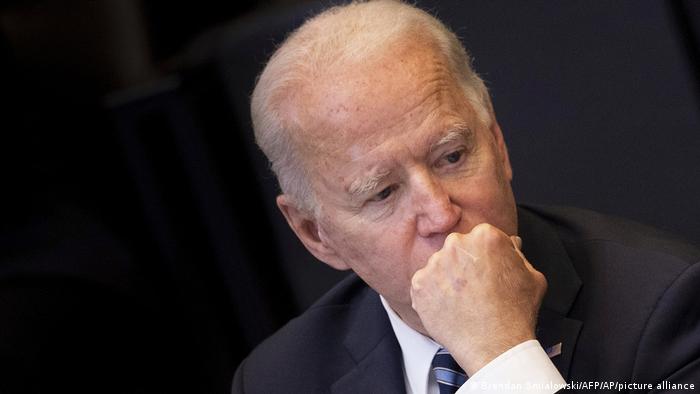 US President Joe Biden voiced his concern over China's hypersonic missiles on Wednesday, just days after a media report said that Beijing had tested a hypersonic glide vehicle armed with a nuclear weapon.

The launch of the nuclear-capable rocket that circled the globe occurred in August and the development took US intelligence by surprise, according to a report in the Financial Times.

Asked by reporters whether he was concerned about China's hypersonic missile capabilities, Biden said: "Yes."

Hypersonic weapons travel in the upper atmosphere at speeds of around 6,200 kilometers per hour (3,853 miles per hour) — more than five times the speed of sound.

The Financial Times said at the weekend that the rocket flew through space and circled the globe before cruising down toward a target that it ultimately missed.

China's Pacific dominance 'not going to be accepted'

China or Russia with hypersonic missiles 'could be catastrophic'

The United States and its allies are hastening their pace in constructing hypersonic weapons — the next generation of arms that rob adversaries of reaction time — in order to keep up with potential adversaries such as China and Russia.

"Hypersonic weapons are strategic game-changers with the dangerous potential to fundamentally undermine strategic stability as we know it," Maine Senator Angus King said earlier this week. "The US cannot lag in this development or allow for blind spots as we monitor the progress of our competitors."

Hypersonic weapons are potential "nightmare weapons," King continued. "The implications of these weapons under development by China or Russia could be catastrophic."

Meanwhile, Biden's preferred choice as ambassador to China told lawmakers considering his credentials on Wednesday that he views Beijing as aggressive and untrustworthy over its dealings with Taiwan.

Speaking to the US Senate Committee on Foreign Relations, which is likely to confirm his appointment, Nicholas Burns denounced recent Chinese warplane incursions into Taiwan's air defense zone, describing the missions as "especially objectionable." 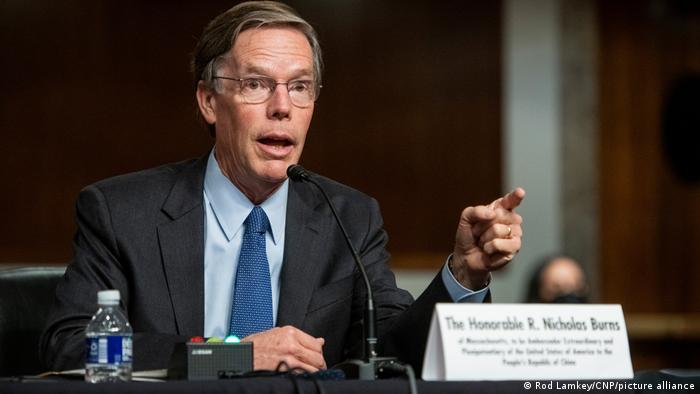 Burns, who is Biden's pick to be the next ambassador to Beijing, pointed at China's aggression over Taiwan

China not to be trusted over Taiwan

"We certainly cannot trust the Chinese" on the issue of Taiwan, Burns said. "Our responsibility is to make Taiwan a tough nut to crack."

Since 1979, the United States has recognized the People's Republic of China, but Congress simultaneously requires Washington to provide Taiwan with some form of protection.

Taiwan has had its own government since the Communist takeover of mainland China in 1949. Beijing, however, views Taiwan as a Chinese province that split from mainland China and vows to unify the island with the mainland, even by force if necessary.

A group of French senators is set to meet top Taiwanese officials, including President Tsai Ing-wen, although China had warned France against the trip.