The US government halted all petroleum activities in an Alaskan wildlife reserve pending an environmental review. The decision was hailed by environmental groups, but state officials vowed to contest it. 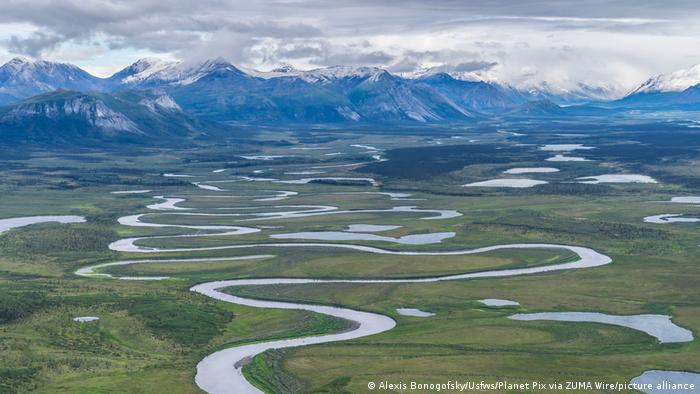 The remote region, known as ANWR, is home to polar bears, caribou, and other vulnerable wildlife, including migrating birds from six continents. It is also rich in oil reserves making it a long-contested quest of the oil industry.

The Interior Department said it was notifying the leaseholders of the freeze in petroleum development activity, pending a comprehensive environmental review.

The review will "determine whether the leases should be reaffirmed, voided, or subject to additional mitigation measures," the agency said in a statement. 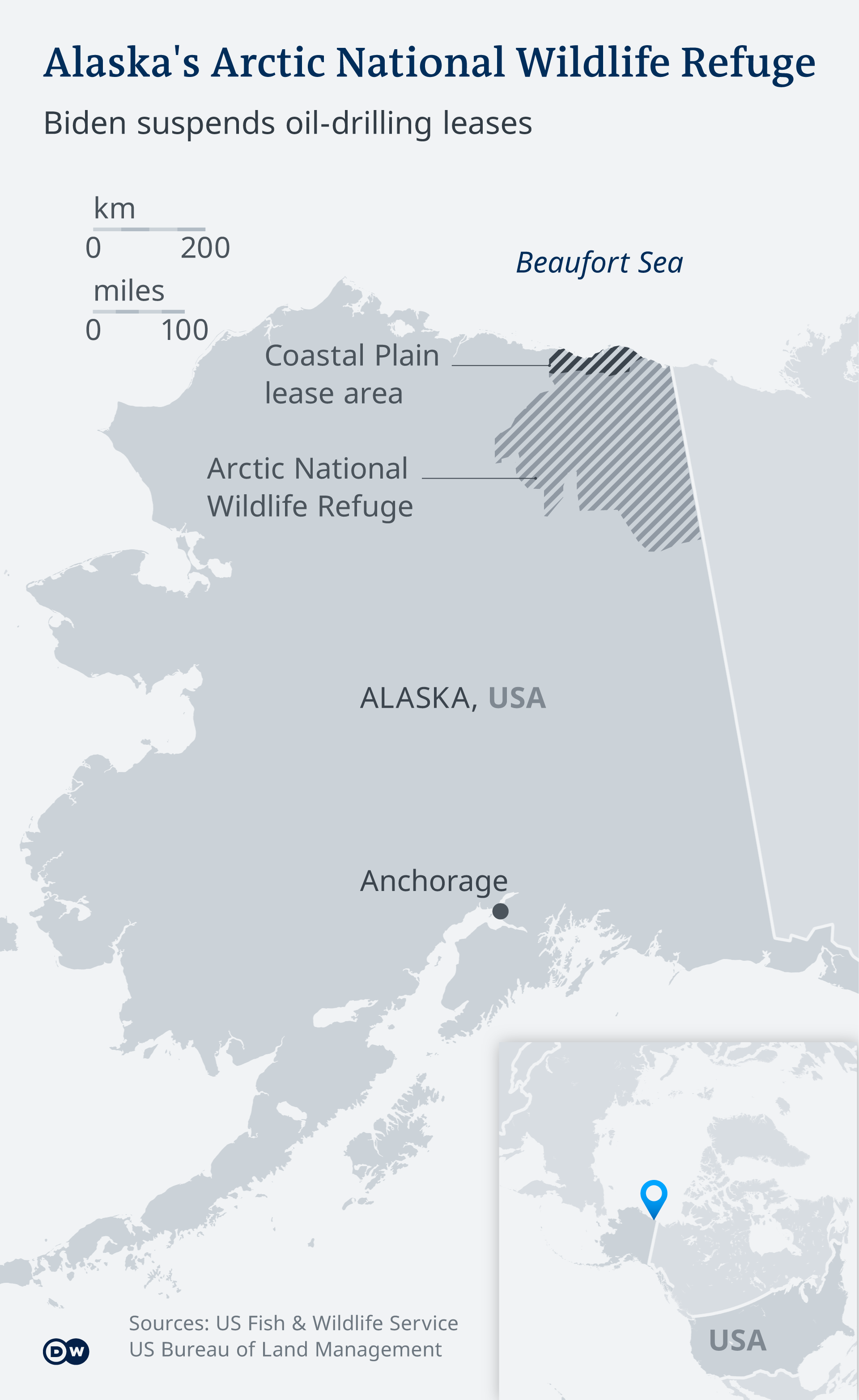 Tuesday's decision reverses one of Trump's signature efforts to expand fossil fuel development in the US.

It also delivers a setback to the Alaskan state government which had hoped to open the enormous refuge that would help revive its declining oil industry.

Trump had announced the leasing plan shortly after losing the presidential election to Biden last November. US officials auctioned 11 oil tracts in the refuge in January, two weeks before Trump left office. The oil and gas industry largely sat out the bidding.

On his first day in office, Biden signed an executive order imposing a temporary moratorium on oil and gas lease activities on federal land as part of his broader agenda to decarbonize the US economy and combat climate change.

White House National Climate Advisor Gina McCarthy on Tuesday said Biden was "grateful for the prompt action by the Department of the Interior to suspend all leasing pending a review of decisions made in the last administration's final days that could have changed the character of this special place forever," according to a White House statement.

She also noted that Biden had promised to protect ANWR during his presidential campaign, and the administration's decision reflected his belief that "national treasures are cultural and economic cornerstones of our country." 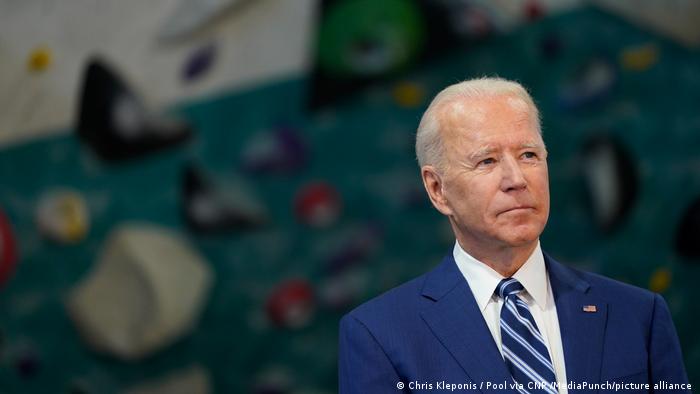 How did environmentalists respond?

Environmental groups cheered the Biden administration's move, but added that more needed to be done.

"Suspending these leases is a step in the right direction, and we commend the Biden administration for committing to a new program analysis that prioritizes sound science and adequate tribal consultation," said Kristen Miller, acting executive director for the Alaska Wilderness League.

"There is still more to be done. Until the leases are canceled, they will remain a threat to one of the wildest places left in America," Miller said.

"Now we look to the administration and Congress to prioritize legislatively repealing the oil leasing mandate and restore protections to the Arctic Refuge coastal plain."

Bernadette Demientieff, executive director of the Gwich'in Nation Steering Committee, said in a statement that tribal leaders were heartened by the administration's "commitment to protecting sacred lands and the Gwich'in way of life."

She thanked Biden and Interior Secretary Deb Haaland "for hearing our voices and standing up for our human rights and identity."

What did pro-drilling groups say?

Oil companies have long sought to drill in the area — thought to potentially hold billions of barrels in oil.

The Alaska Industrial Development and Export Authority, which holds nine leases, said it was disappointed by the decision. It said it did not believe that the auction's underlying environmental analysis was inadequate.

Alaska Governor Mike Dunleavy strongly opposed the decision. "Our leases for oil and gas are valid and cannot be taken away by the federal government," he said in a statement.

"I oppose this assault on Alaska's economy and will use every means necessary to undo this egregious federal overreach," the Republican politician added.

The American Petroleum Institute said the oil industry knows how to develop responsibly and that the Biden administration's decision will cost Alaska jobs and tax revenue.

Indigenous groups in the US state of Alaska, also referred to as Alaska Natives, have already seen climate change disrupt their subsistence way of life. But they are trying to adapt.

The remotest place that you have ever visited

We asked you to tell us the name of the remotest place that you have ever visited. Find out here whether your name was picked in the draw for the Euromaxx book "111 Extreme Places in Europe That You Shouldn't Miss."