Hamburg won't have top-level ice hockey next season, after the Freezers' American owners pulled the plug. This came despite the fundraising efforts led by the team's captain, former NHL player Christoph Schubert. 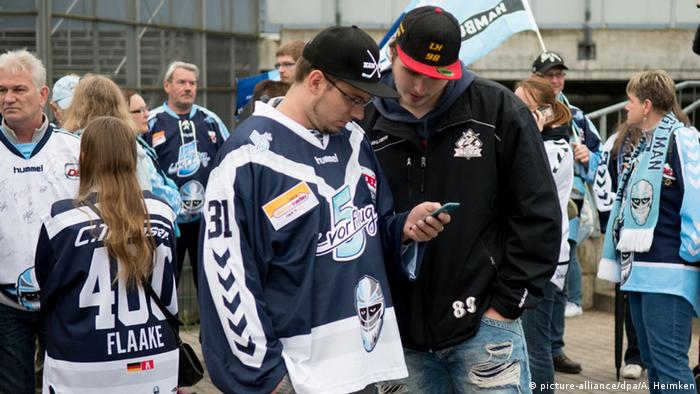 A statement posted on the homepage of Germany's top ice hockey league, the DEL, late on Monday confirmed that the Anschutz Entertainment Group (AEG) had not applied for a license to operate in the 2016-17 season.

"Since our (original) announcement last Wednesday there has been an unbelievable wave of support in Hamburg, especially from fans of the Freezers. Unfortunately we have not found a strategic partner to take over the Freezers and free AEG of the task of operating two teams in one league," Tom Miserendino, president and CEO of AEG Europe said in the statement, referring to the fact that the company also owns Berlin's DEL club.

The statement also noted that the despite an average attendance at Freezers home games of more than 9,000, the company had continued to lose money operating the club. The deadline to apply for a license expired at midnight on Tuesday.

The end of the Freezers in the DEL comes despite fundraising efforts spearheaded by the team's captain, Christoph Schubert over the last few days. A crowdfunding account was set up in a bid to raise two million euros ($2.24 million) by Tuesday's deadline, in an effort to persuade AEG to operate the team in the DEL for one more season, to provide more time for a new owner to be found. However, the efforts of Schubert, the fans and others came up short, with only around 500,000 euros being raised, although the captain said a separate source of funds had brought them close to the one-million euro mark. However it simply wasn't enough.

"We are simply inconceivably speechless and sad," Schubert, who played for both the Ottawa Senators and the Atlanta Thrashers in the NHL, said in a tweet posted shortly after the deadline had passed.

Theoretically, this means that just 13 clubs will compete in the DEL next season, however, the SID news agency reported on Wednesday that the second division outfit Fischtown Penguins of Bremerhaven had applied for a DEL license for next season.

The club's manager, Alfred Prey said that while they were unhappy about the Freezers' fate, they needed to seize the opportunity presented by the fact that the DEL was down a team for the upcoming campaign.

"We owe this both our city and our fans," Prey said.