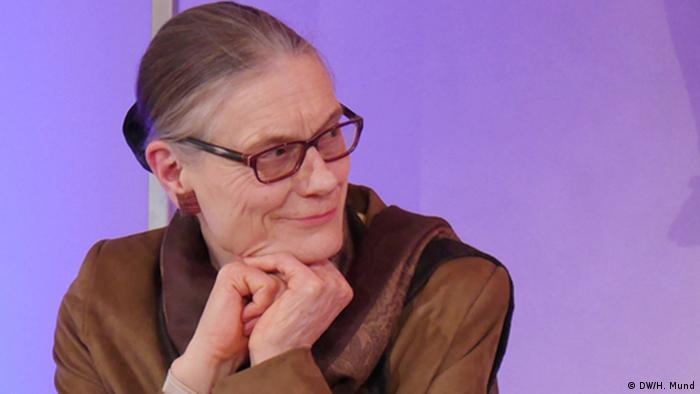 The German government is planning to coordinate all of the efforts to locate and identify Nazi-looted art under one organization, the so-called German Center for the Loss of Cultural Assets. Among the initiatives that would soon belong to the new organization are the Magdeburg-based Lostart.de databank, the Limbach Commission (a moderating body in cases of conflict), and Berlin's Center for Provenance Research. The "Degenerate Art" Research Center at the Freie Universität in Berlin and the temporarily set-up taskforce "Schwabinger Art Trove" are also to be included.

In March, Germany's minister for cultural affairs, Monika Grütters, will discuss the proposal with the states' cultural ministers and move forward with the new organization.

DW: Dr. Berggreen-Merkel, is this new foundation a consequence of the recent Gurlitt case and a response to the resulting criticism from both within Germany and abroad that Germany has not dealt intensively enough with Nazi-looted art?

Ingeborg Berggreen-Merkel: With this new center, Minister Grütters would like to better network all of the activities that have existed at the state and federal level, finance them better and rise to the challenge that's been given to us. The idea is to more effectively conduct provenance research.

What will change with the new center, which is planned for summer 2014?

If you combine all of the efforts that go into provenance research, network them better and more intensively communicate what goes into this work, then all of this knowledge and cooperation can develop more strongly. Take our taskforce as an example. Here we've joined experts from Germany and abroad to promote transparency and an exchange of knowledge.

Your taskforce of 13 international experts is currently examining Cornelius Gurlitt's art collection to determine whether it contains Nazi-looted art. At a recent conference in Munich, you revealed that you would be adding a new member to the team…

We are currently working on teaming up with a Polish colleague, because there are indications that artwork from Poland may be involved. And that's why I think it's important to involve a colleague from Poland. Thus far, we've mainly concentrated on France, since Hildebrand Gurlitt was very active there.

Cornelius Gurlitt's attorneys recently filed a complaint over the confiscation of his artwork and are demanding that they be returned. If they were returned, the taskforce would no longer have the legal grounds to continue their investigation. Would you then have to end your research?

We will see. I am confident that everything will continue. Let's wait and see whether the request is granted - or not. We continue to work undeterred, as was our goal.

Gurlitt's attorneys have said that only three percent of the art collection may have been looted by the Nazis. You, on the other hand, have estimated that 600 of the 1,280 works were stolen. How can this discrepancy come about?

The attorneys are talking about works where ownership claims are concrete and documented. We constantly receive additional claims. The taskforce is of course expected to research the general suspicion of Nazi thefts - even though ownership claims on many of the works have not been made. What can be clarified is clarified. And if works are found to not have been looting cases, then that is also documented, of course. That would be the clearest evidence that the works in question are the property of Mr Gurlitt.

How long will the taskforce's research take? We can we expect the first results?

I haven't named a date yet, and won't do that now. You know, when you name a date and you go a day over, then that's bad. We will do it like a math project: First work on the best documented cases, and then publish those results. The less information there is, the longer we'll have to research.

We've decided to first work on the looted cases. Those people who were so horribly persecuted, driven into exile and even murdered, and their heirs, deserve our foremost attention. That's what we've started with. Then, after that, we will dedicate ourselves to the so-called "degenerate art" cases. (Eds: Art made by artists who were considered by the Nazis to be culturally inferior was labeled "degenerate.")

Dr. Bergreen-Merkel was a ministerial director in Germany's federal department for culture from 2008 to 2013. Since fall 2013, she had directed the Schwabinger Art Trove taskforce, which was commissioned by the federal government and the state of Bavaria.